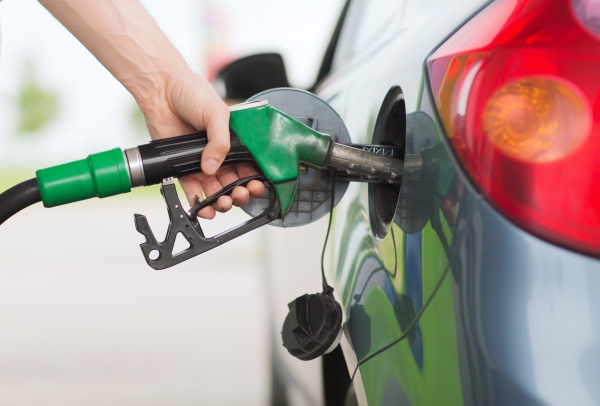 Group Managing Director of the Nigerian National Petroleum Corporation, NNPC, Dr Maikanti Baru on Friday said that the landing cost of petroleum products that should be sold in the pump without under-recovery should be N171.40, but that President Muhammadu Buhari has directed that the corporation should maintain all the parameters to ensure that it is sold at N145 per liter.

Dr Baru, who disclosed this to State House correspondents at the Presidential Villa, Abuja also said that the corporation has tamed the fuel scarcity in the country.

However, despite the efforts of the Federal Government to reduce the hardships the petroleum products has caused Nigerians, it is still sold at N250 per liter in different parts of the country.

Speaking on the current situation of petroleum scarcity, Baru said, “I’m happy to report that we have tamed the monster that reared it’s head as a result of the rumored price increase about three weeks ago.

“Fortunately that rumour instigated a lot of marketers to be very greedy and they decided that their fellow citizens should not enjoy the Christmas holiday and new year with ease and decided to profiteer starting by hoarding and diversion of the products.

“At the beginning, I addressed the press, telling the world that we have sufficient products that will last us 30 days through the new year into January but some marketers decided to hoard products, divert them and in some cases even smuggle products out of the country.

“This has been tamed by the actions we took and I personally led the war around Abuja and other teams led the war in Lagos and other parts of the country.

“As of Friday morning, I have gone round the Abuja metropolis and I have seen that the queues have reduced significantly to almost normal level and few motorists that I heard speaking on morning programmes concerning what I have seen said they have not spent up to 30 minutes to fuel their car.

“So the monster has been tamed in Lagos, the situation has been brought into normalcy as far as two days ago and we are also achieving the same thing in all other cities.

“I promise that we have sufficient products that will last us for the next 30 days and we will keep bringing in 50% over and above our normal consumption into the country.

“At the moment I have eight vessels discharging products at various ports around the country. So Nigerians should enjoy the new year in the knowledge that Mr. President’s directive and guidance which has been very helping has been executed and normalcy has returned.

“The NNPC are selling at N143 per liter so you should be able to sell at N145 per liter. If you go above that, the regulator, DPR and PPPRA with the support of law enforcement agencies particularly the civil defence, will make sure that the products are confiscated and given free to the public.

“This is the directive that we are working on by Mr. President and is being executed to the later. Bring them out and sell these products, we don’t have any shortage and we are making massive loadings.

On the true position of subsidy because Nigerians are confused whether the product is subsidized going by the fact that the federal government said it has stopped the payment of subsidies only to realize according to the Vice President that the NNPC is subsidizing petroleum products to the tune of N26 per liter, he said they were obeying the directives of the President.

He said, “Do you want me to remove subsidy? What I am saying is that the landing cost as should be sold in the pump without under-recovery should be N171.40, however Mr. President has directed that we should maintain all the parameters to ensure that it is sold at N145 per liter.

Meanwhile, the Senate on Friday lampooned the federal government, alleging that it was at the moment, subsidising the pump price of PMS, to measure up to N171 landing cost of the product per litre officially regulated at N145 per litre .

Speaking on Friday, Chairman, Committee on Petroleum Resources ( Downstream), Senator Kabiru Marafa has however vowed that the Senate would stop the illegal subsidy regime which according to him was not in any way appropriated for .

Senator Marafa who noted that the NNPC and other stakeholders in the sector will have to explain to Nigerians how they arrived at the alleged subsidy payment more than a year after its stoppage, said, “At our slated investigative public hearing on the sector next week Thursday, NNPC and other stakeholders should be prepared to explain to Nigerians who approved the subsidy for them and who appropriated it?

“There is complacency in the sector and sharp practices that must be stopped. They want to take us back to subsidy regime that has never been beneficial to ordinary Nigerians across the country . We cannot go back to such scam called regime which robbed the country N10 trillion between 2006 and 2016.”

Marafa who noted that transparency in governance which the government started with in 2015 must be strictly adhered to as far as sales and importation of fuel is concerned, said that while the previous government swaped exported crude for imported refined PMS, the present government has been using a more transparent model of direct sale of crude oil and direct purchase of refined product.