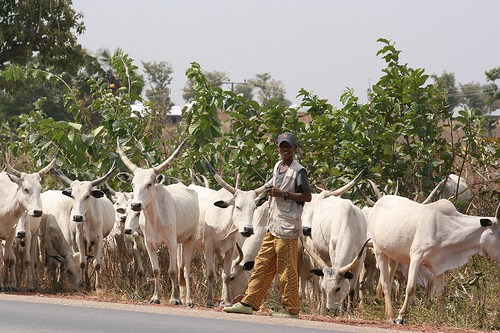 If only we could read the devila��s mind. It would be interesting to find out what Satan the devil really thinks of his friends and enemies in his wicked, cruel and cunning mind.As the ultimate predator, Satan is infinitely fiercer than a lion, infinitely more cunning than a serpent, and infinitely more powerful than an elephant. Against Satan and his works, we stand no chance but for the Grace of God.

The selfish, egomaniacthat he is, Satan probably considers his friends, those within his sphere of influence, those who do his bidding with or without prompting i.e. wicked people, terrorists, kidnapers, murderers, liars, adulterers, fornicators, dictators etc. – as useful idiots. Useful because they help him to achieve his main purpose which is the destruction of souls. Idiots because they do not realize the horror and terror that awaits them in hell, Satana��s kingdom. To the useful idiots the devil devotes little attention other than showering them with fake gifts and useless rewards to keep them trapped within his lair.

We suspect that Satan hates his enemies, the friends and servants of God most profoundly. In truth he regards them as prudent prey – the juiciest of all. To them he manifests himself in his full range of wickedness. To these prudent prey, the devil will devote all his malicious skills.

They will be subject to numerous temptations, trials and tribulations as the devil tries to ensnare and devour them. He harries and pursues them 24/7 trying to exhaust and then capture them.He salivates and stays awake day and night, dreaming of the moment when he can corner them and sink his deadly fangs into their flesh.

He conjures and hatches plans and schemes.If Plan A fails, he immediately comes up with Plan B and if that one fails he comes up with Plan C. The planning and scheming goes on ad infinitum. The prudent prey consume most of Satana��s attention. The price they must pay for their liberty from his clutches is eternal vigilance, often manifested in the form of prayer and good works.

Which leaves us the last group of people. Satanprobably considers those who are neither within his ambit nor within Goda��s sphere of influence as intelligent idiots. To this group belong people who deny both the existence of God and that of the devil. These are people who do not believe in life after death. Atheists. Free thinkers. Rationalists.Humanists. Philosophers. Evolutionists, Scientists and other Intellectuals who think that what they cannot see, touch, hear or feel does not exist.

Intelligent idiots are the people that amuse Satan the most. By human standards, he acknowledges that they are intelligent. But he also secretly regards them as idiots, because they do not realize the horrors that await them around the corner or in the far future.

The strategy that Satan adopts with intelligent idiots is camouflage. He does not go after them. He waits for them to stray in their idiocy towards him. He feeds their skepticism of things spiritual by remaining well under cover. When and only when they have strayed within his reach, does he strike and capture them. Taken by surprise they realize their idiocy,but by then of course it is too late for them to escape.

All of which very nicely bring us to the horror show currently going on in my country Nigeria. In the wake of the relentless march of Fulani expansionists and supremacists towards the total domination of Nigeria, we can identify three classes of non-Fulani Nigerians. Before we reveal them, it is important to stress that in Nigeria, not all Nigerian-Fulanis are expansionists. But all expansionists in Nigeria are Fulanis.

This distinction is important because there are good and patriotic Fulanis in Nigeria. I am referring to honest, harmless, patriotic Fulani engineers, doctors, lawyers, lecturers, students, business people, politicians, soldiers, even herdsmen. These are Fulani people who honestly go about their daily business without posing a threat to their fellow countrymen and women and without constituting a millstone hung around their necks. These are Fulani people whose good works and good reputations are being soiled by the aggressive, subversive behavior of their expansionist and supremacist kinsmen.

Then there are other Nigerians who living in denial, fail to acknowledge the existence of a Fulani expansionist agenda even when it is starring at them squarely in the face. This group either do not recognize the active threat posed to their well-being and that of the nation by Fulani expansionism or they minimize it as routine and normal.

Finally, of course, we have other Nigerians, who correctly identify Fulani expansionism as a grave threat to their interests and that of the Nation at large and are resolute in combating it. The Fulani expansionists regard this class of Nigerians as juicy but prudent prey to be subdued and consumed.

The strategy the Fulani expansionists adopt in their dealings with all three groups differ of course. To the prudent prey, they manifest the full range of their malicious, subversive and savage behavior. The brutal treatment of Shiites, IPOB separatists, farmers and indigenous rural dwellers in Nigeria come to mind.

In their bid to capture the prudent prey, they are quick to come up with Plan B when Plan A fails and with Plan C when Plan B fails. For instance, there was once talk of acquiring Grazing Reserves in all the States. When that plan failed they switched to Cattle Colonies. When this too fails who knows what next they would come up with? Perhaps a military coup by adherents of Fulani Expansionism embedded in the Nigerian Armed Forces.Note in the interim that the a�?Fulanizationa�� of the Armed Forces, the Security Agencies, the Judiciary and the Bureaucracy continues apace.

To the useful idiots, the Fulani Expansionists throw token political appointments, essentially nominal positions without substantive authority. Finally, to the intelligent idiots they adopt a policy of camouflage and try to appear harmless, patriotic and bereft of ulterior motives.

They appeal to the intelligent idiotsa�� intellectin three distinct ways. Firstly, by highlighting theirjaundiced and lopsided battle against corruption. Secondly, byclaiming to be fighting terrorism because they are confronting Boko Haram. Nevertheless, they resolutely refuse to acknowledge that Fulani herdsmen are terrorizing non-Fulanis across the length and breadth of Nigeria. Instead they defend Fulani terrorism by minimizing it and by claiming that the herdsmen are engaged in mere criminal activities and lately that they are engaged in communal violence. Thirdly they claim to be resolute defenders of Nigeriaa��s unity.

Note however that Nigeriaa��s unity is not reflected in the political appointments made by the Buhari Administration. It is not also reflected in the distribution of Federal projects such as the railways most of which are concentrated in the far northern localities where the Fulani traditionally reside.

When the position of Chief Justice of the Federation normally based on seniority was to be filled, a couple of years ago, the Buhari Administration stalled and stalled. It took the Presidenta��s departure abroad on sick leave for his Vice President to bite the bullet and nominate the current Chief Justice, a Southerner. It is safe to assume that where the President around, that position would invariably have gone to a Fulani. Talk of defending Nigeriaa��s unity.

The gullibility of both the useful idiots and the intelligent idiots is confirmed by their inability to realize that the governing mantra of the Buhari Administration is not a�?Change!a�� as professed but a�?Regress!a�� as practiced. If it were Change, this Administration would have been at the forefront of efforts to compel the terrorist Fulani Herdsmen, to change from a nomadic lifestyle of cattle herding to the globally preferred method of cattle ranching.

Rather than change, the Buhari Administration is regressing into the medievalism associated with the Fulani Jihad, by instigating, supportingand shieldingthe terrorist herdsmen from justice. Meanwhile the herdsmen continue to hold the entire nation to ransom via the instrumentality of terror, with the goal of forcefully acquiring non-Fulani indigenous lands all over Nigeria in the name of Nigerian Unity. Evidently patriotismfor this Administration does not translate to a�?Nigeria Firsta�� but to a�?Fulani Firsta��.

Nevertheless, a consensus is beginning to build up among non-Fulani Nigerians who are neither useful nor intelligent idiots, that this Administration does not have our backs. Rather it has its claws clamped on our necks and its fangs placed on our throats. In other words, we are juicy prey. Not surprisingly, a growing wave of expansionist Fulani fatigue is sweeping across the length and breadth of the country.

The conclusion is being reached that if the expansionist Fulanicannot mobilize the financial resources to purchase land from willing sellers and establish private ranches for their cattle trade as other Nigerian business men and women do for their various businesses, then they should get out of the cattle business and learn another trade. Only idiots would willingly acquiesce to the setting-up of state-subsidized terrorist-nursery camps within their immediate locality in the name of Nigerian Unity. To sum it up, non-Fulani Nigerians do not owe terrorist Fulani herdsmen, the foot soldiers of the expansionist Fulani, a living. But their masters do.

Re: Abuja Investments Company And Fcta Utter Neglect Of A Goldmine :one Year Of Pains To Survive An Apparent Cover Up

Buratai: Diary Of  A Workaholic‎