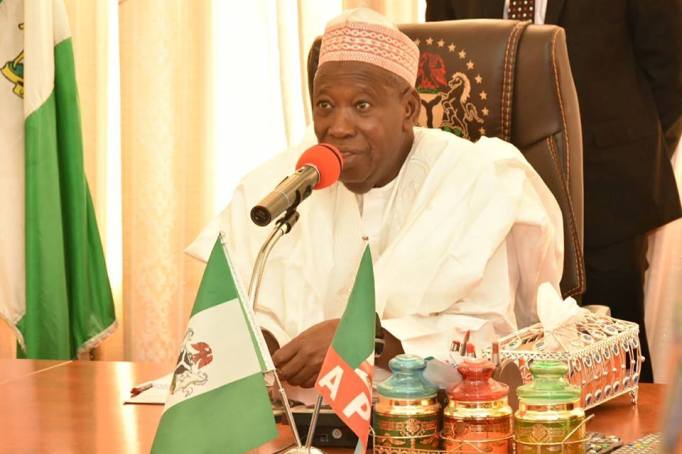 Kano State Governor, Abdullahi Umar Ganduje, on Friday, failed to appear before the seven-man probe panel investigating the bribery allegation levelled against him.

Instead, the governor sent a representative, his Commissioner for Information, Mr. Muhammad Garba.

In the letter sent to the governor on Wednesday, which requested the governor’s appearance, it was clear that he could be represented.

Testifying before the Assembly, Ganduje’s representative said the allegation against him was injurious, reports THISDAY.

He said the video clips released by the publisher of Daily Nigerian were aimed at tarnishing his image politically.

The governor, in the document presented before the committee, denied collecting bribe from the contractor as shown in the video.

Ganduje stated that he had never been involved in such a bribery incident and would never be.

The governor in the document called on the public to ignore the allegations as it never happened.

“Such untrue publications were done to the Emir of Kano, Malam Muhammad Sanusi II, and also to the former Governor, Malam Ibrahim Shekarau,” Ganduje said in the document.