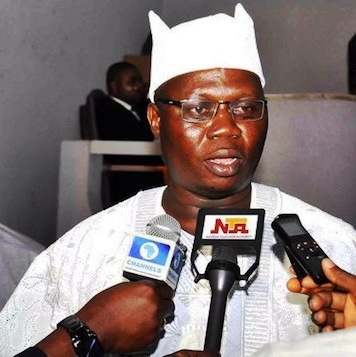 The Aare Ona Kakanfo, Chief (Dr) Gani Adams has described the death of Dr Fredrick Faseun as a great loss to the Yoruba race, Nigeria and the world at large, pointing out that he left behind a worthy legacy.

Adams, in a condolence letter to the family of the founding father of Odua Peoples Congress (OPC), said he received the news of the death with shock and disbelieve

“It was with shock that I received the sad news of the passing of our Papa and founding father of Odua Peoples Congress (OPC) which occurred today, December 1, 2018. This, no doubt, is a moment of great grief for entire family of OPC, Yoruba nation, Nigeria and the world at large”, Adams noted.

“But it is also clear that the deep sense of loss over the demise of our beloved leader is shared by many like me. I hasten therefore to address this statement to commiserate with the immediate family over this painful bereavement.”

He added that the deceased in his life time made outstanding contributions to the progress of the nation in many capacities, and no doubt left behind a worthy legacy through his careers as a renowned medical doctor and politician among others.

He emphasized that the late Faseun was one of the good doctors trained in China as an acupuncturist. A former presidential candidate of the Labour Party in the 90s, saying, “I see him as a father, and I passed through him for a period of five years.

“Baba deserves all respect because he acquitted himself so diligently, and will also be remembered as a distinguished leader in all ramifications, and one that was greatly admired by the general public and his peers as a straight forward and complete gentleman.

“He demonstrated wisdom, honesty and good leadership, established friendship, harmony and accommodation across board. He was as a community leader and a prominent patriot, which was no doubt a testimony to be reference to.

“Baba exhibited very good leadership qualities, wisdom and wealth of experience which indeed he put to use in the discharge of his responsibility, as well as upholding the institution’s tradition of excellence, while alive,” the statement concluded.