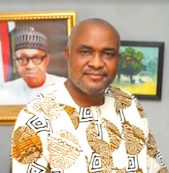 There is this phenomenal novel by a Ghanaian writer that redefined story telling.

It is of a political satirical genre.
It is a story written around a railway freight clerk in Ghana who attempts to hold out against the pressures that impel him toward corruption in both his family and his country.

This universally acclaimed novel known as ‘The Beautyful Ones Are Not Yet Born’ is the novel that catapulted Ayi Kwei Armah into the limelight.

A quick check of available reviews online shows that the novel is generally a satirical attack on the Ghanaian society during Kwame Nkrumah’s regime and the period immediately after independence in the 1960s.

This particular reviewer i encountered claimed that this novel is often claimed to rank with “Things Fall Apart” as one of the high points of post-colonial African Literature, so records an entry this writer encountered on the World Wide Web this morning whilst reflecting on the emerging story of one of Africa’s most beloved sporting talent but who as soon as he gained prominence in the political firmament of his homeland Liberia is beginning to witness a dwindling fortune and a slide into the arena of infamy.

The book aforementioned book ca be understood from a reading of just the chapter 6 which sums up the unfolding spectacle of a fall from footballing grace to political grass of George Oppong Weah of Liberia.

Here is a quote from Chapter 6 of this novel this writer first encountered in his high school days in Kafanchan about two and a half decades ago.

The author wrote thus: “And where is my solid ground these days? Let us say just that the cycle from birth to decay has been short. Short, brief, but otherwise not at all unusual. And even in the decline into the end there are things that remind the longing mind of old beginnings and hold out the promise of new ones, things even like your despair itself. I have heard this pain before, only then it was multiplied many, many times, but that may only be because at that time I was not so alone, so far apart. Maybe there are other lonely voices despairing now. I will not be entranced by the voice, even if it should swell as it did in the days of hope. coque iphone x monster energy I will not be entranced, since I have seen the destruction of the promises it made.”

He continued thus: “… But I shall not resist it either. I will be like a cork. esr coque iphone x bequille It is so surprising, is it not, how even the worst happenings of the past acquire a sweetness in the memory. Old harsh distresses are now merely pictures and tastes which hurt no more, like itching scars which can only give pleasure now. Strange, because when I can think soberly about it all, without pushing any later joys into the deeper past, I can remember that things were terrible then”.

“When the war was over the soldiers came back to homes broken in their absence and they themselves brought murder in their hearts and gave it to those nearest them. coque iphone 8 renard I saw it, not very clearly, because I had no way of understanding it, but it frightened me. “

Reflecting further on the central character he asserted that: “He had gone on marches of victory and I do not think there was anyone means enough in spirit to ask whether we knew what we were celebrating. coque iphone 8 the 100 Whose victory? Ours? It did not matter. We marched, and only a dishonest fool will look back on his boyhood and say he knew even then that there was no meaning in any of it. It is so funny now, to remember that we all thought we were welcoming victory. Or perhaps there is nothing funny here at all, and it is only that victory itself happens to be the identical twin of defeat.”(The Beautyful Ones Are Not Yet Born by Ayi Kwei Armah)

Those were narratives from that award winner of a novel which typifies the episodes of a misadventure which is how to describe the unfolding political drama in Liberia. He was such a fantastic footballer. coque iphone 6 3d mickey He epitomized excellence and skills to an unfathomable dimension.

His dexterity in the round leather game fascinated and entertained millions of viewers all around the world even as he held humanity spell bound in such a way that he became the only black African alive to have approached the zenith of soccer acclaim in the midst of an avalanche of other players of other races including soccer players from nations that dominated the international politics of football. He was crowned the world’s best footballer of a certain year – that year was precisely 1995. As I write, he remains the only black African to have been so awarded and recognized by the Federation of International Football (FIFA). He is George Weah of Liberia.

George Weah floored such international football talents like Dennis Bergkamp and Jurgen Klinsman to emerge as the globally best soccer player of the year 1995.

The Encyclopedia Britannica said this of George Oppong Weah, (born October 1st, 1966, Mamona, Liberia). He was named African, European and world player of the year in 1995. These combined honors are indeed unprecedented.

However, George Weah the man in whose shoulders the people of Liberia reposed so much faith that he could overturn the climate of despair and the clouds of disillusionment which characterized the government of Mrs. coque rose paillette iphone x Ellen Johnson which was thoroughly corrupt and despotic, but his administration has become terribly overstretched to the limits by the growing climate of corruption and widening spectre of poverty.

His people who gave him tumultuous welcome as new President are now on the streets shouting ‘Crucify him, Crucify him”. But instead of being responsive George Weah has become like any of the notorious African big man politician by opting to deploy dictatorial tendencies to suppress the opinions of the people.

Cable News Network reports that thousands of Liberians gathered in the capital Monrovia Friday to protest “corruption and creeping dictatorship” in the country.

Social media sites were later blocked to quell the protests, according to the internet monitoring platform NetBlocks.

Liberia’s Minister of Information Eugene Nagbe confirmed that social media platforms were shut down temporarily because of “security concerns.”

“We have restored some of them,” he said. “We are not saying that the protesters were carrying out things detrimental to the nation, but the national security apparatus said there were threats to the country and the services were temporarily disrupted and have been restored.”

The protests were organized by a group called the Council of Patriots, which says it is a conglomeration of citizens, civil society activists, youth workers and major political parties.

Protesters presented a petition to delegates from the government of President George Weah, who has been in office for just over one year.

The document stated that Liberians are suffering “harsh economic conditions being caused … and encouraged by bad governance, deliberate and wanton collapse of integrity systems…”

“We have come to say no to bad governance, abuse of power, corruption and creeping dictatorship,” said Henry Costa, one of the leader of the protesters, via a WhatsApp message to CNN.

Nagbe told CNN that Weah inherited a “dire economic situation,” and accused the country’s opposition of driving the protests.

“Mr. President is working to restore some of the issues that he inherited,” he said. “The opposition is now using the streets to get what they didn’t get at the ballot box.”

Weah, a former football star who was named FIFA’s World Player of the Year in 1995, took over in 2018 from Africa’s first female president, Ellen Johnson Sirleaf, in Liberia’s first democratic transfer of power since 1944.

The West African nation of 4.8 million people has been ravaged by civil war, the Ebola virus and corruption.

This dissatisfied voters of Liberia are undaunted and have continued to gather on the Streets in protest under the auspices of the Council of Patriots (COP), a group of dissatisfied citizens who organized the ‘Save the State’ protests that made the headlines last Friday, have given President George Weah a one-month ultimatum to meet their needs.

The media observed that thousands took to the streets of Monrovia in what was dubbed “the largest gathering of protesters since the end of Liberia’s brutal civil war” and the organizers seem to have no interest in slowing down.

Why these outright rejection and denunciations? The media said Inflation is up, growth forecasts slashed, and the IMF says government wages are crowding everything else out.

The youth, a big part of the coalition of voters that put Weah into power, feel betrayed.

In addition, corruption and legacy issues relating to the tenure of his predecessor Ellen Johnson-Sirleaf still linger. coque iphone 8 cerf There has been controversy surrounding a $25m cash injection into the economy after the president revealed that $8m was missing. Shipping containers laden with about $104m freshly minted Liberian bank notes – about 5% of the country’s GDP – went missing last year . There is also an outcry for the establishment of a war crimes court to try those involved in Liberia’s civil war which lasted from 1989-1997.

The former World Player of the Year responded by borrowing a leaf from the playbook of fellow West African states like Togo and Benin; internet was cut, suppressing access to Facebook, WhatsApp and Instagram, in a bid to undermine the convening power of the organizers.

He bellowed from the high horse of totalitarianism that “Those that are constantly insulting the President, I want to be clear”, he warned in a June 6 address while commissioning a market. “After this, there will be no citizens in this country… that will ever insult the President and think you will walk on the streets freely. Here are a concise lists of charter of demands by the Liberians as follows; the granting of contractual rights, for handling services at the Roberts International Airport, awarding of Container Tracking Number (CTN) contract to GTMS without consideration for the PPCC Act, in clear violation of the Budget and PFM Law and the attending security implications. Other grievances are the witch hunting of critics and members of the Opposition through wrongful dismissals even from the civil service and denial of opportunities in the private sector. Also the suppression of press freedom and freedom of speech and importantly the construction and acquisition of scores of luxury private buildings by the President in the wake of his refusal to declare his assets within six months after assuming office.

“Threats are unlikely to work, and protesters won’t be satisfied with the electioneering-style grand promises that Weah used to get into power”, so remarks an editor profoundly at home with the political developments in Liberia.

I think George Weah should learn the hard lessons from Charles Taylor who misgoverned Liberia and chopped off the limbs of opponents but who is now cooling his feets in one of Europe’s most protected prisons after he was convicted by the International Criminal Court in The Hague Netherlands Over crimes against humanity.

My simple message to George Weah who is visiting Nigeria as his Country is tensed up is that he should climb down from his high horse and listen to the cries of his people and tackle poverty and corruption. I know that you are rich but don’t mess up with the extremely lean resources of your people and make a mark and positive impacts in the life of your people. Without your people’s happiness then you will end up as a spectacle of political disaster.

Disclaimer: “The views/contents expressed in this article are the sole responsibility of Emmanuel Onwubiko and do not necessarily reflect those of The Nigerian Voice.

The Saudi applause and prospects for 2018 Hajj