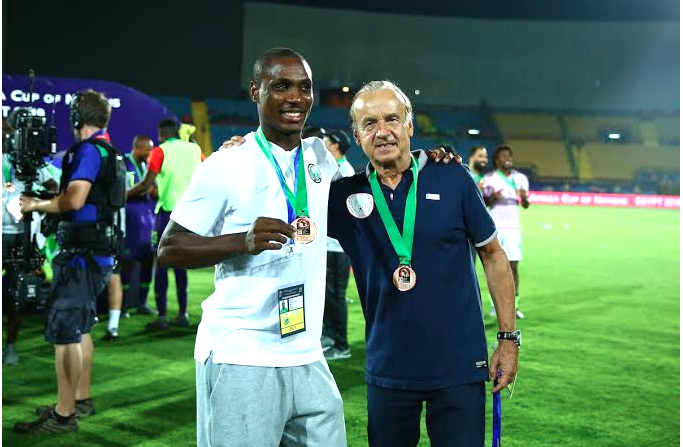 Super Eagles Franco German manager, Gernot Rohr believes that Odion Ighalo will not find it easy to return to the super eagles despite playing for Manchester United.

It will be recalled that the 30 year old Manchester United striker decided to quit the National Team at the aftermath of the AFCON 2019 in Egypt where he became the top scorer of the tournament with five goals and helped Nigeria to finish as the third best placed team.

Gernot Rohr however has expressed his belief that Victor Osimhen and Holland based sensation, Cyril Dessers have all it take to lead the Nigerian Frontline and score many goals in the absence of Ighalo.

“We have Cyriel Dessers now. We have great strikers who can play the position too. There is a good foundation. We go forward all the time to find our players abroad.” Rohr said.

“For wingers, forwards, we have Samuel Chukwueze, Ahmed Musa, Samuel Kalu, Alex Iwobi and others too. We have what we need. These are players who have been to the World Cup and have played at some of the biggest stages in the world”. He added.

Stuart not fussed by Raiders’ surge