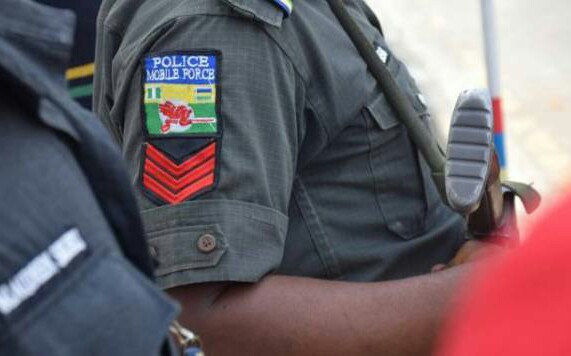 I have refrained from commenting publicly on the ignoble arrest of the Elombahs until preliminary findings are enough to make an informed opinion.

In the course of being an ordinary Nigerian, I’ve personally witnessed two armed robbery incidents, heard live testimonies of not a few victims, and read numerous media reports of same. So I appreciate the men of Special Anti-Robbery Squad (SARS) – men whose assigned duty, I understand, is to keep the nation safe from armed robbers. If not for anything, I respect this unit for the enormous sacrifice they make in trying to achieve that mandate.

In the course of being an active citizen, I’ve come across the Elombahs. First in their publications, and more personally with Tim Elombah in a project I worked with him on. You can’t help but like and respect him – he’s that good. I’ve also heard good things about his other sibling – Daniel.

To wake up on the first day of the year to hear the news of the “arrest” of these respected men and their other brother is troubling but hardly shocking, given the nation’s history.

Testimonies of family members and associates who witnessed the “arrest” paint a horrible picture Nigerians are now all familiar with.

Around 4am on a new year day, the Elombahs were jolted by the sudden realization that they have an armed company.

The guess was over in the early stages – they were not kidnappers or armed robbers. They were SARS operatives.

That realization didn’t make much difference though. Both state and non-state armed groups can be similar in the magnitude of horror they leave behind.

No such thing as arrest or search warrant was presented by the gun-wielding men numbering about 10 before they ransacked (in the literal sense of the word) their family house. Nobody was spared of the horror. Not innocent young children. Not their elderly relatives!

The frenetic search was over. They found highly incriminating pieces of evidence – two laptop computers and some mobile phones!

The items were swiftly taken away, along with their owners, to Nnewi SARS office, Awkuzu SARS office and then Abuja.

The men and their immediate family members weren’t left to continue guessing what the issue is. Thanks to one of the operatives who quipped that they’ve been arrested on the order of the IG because of a “malicious” item they published against him on their blog – www.elombah.com/

Until I hear the official position of the Police, I’ll not discuss further on the motivation of their arrest.

That nonetheless, the non dignifying treatment again shows that Nigerian law enforcement authorities can sometimes be uncouth, rogue, unruly, unprofessional and even terrorizing.

In so doing, they bungle their cases, loose admissibility of their evidence in court and lose public support – all essential to the work they do.

I encourage them to learn from history and adjust their modus operandi. If not, the anger is boiling and can only be a little while more before it reaches tipping point.

I see a lot of law suits and corresponding court judgments flying in from left, right and center. I see a lot of men and women who will neither “leave it to God” nor be intimidated or begged into abandoning their law suits.

Until law enforcement agents start paying heavy penalties for their actions, civility will remain a thing they love to loathe. Happy new year.

Chima, a good governance advocate and a public policy analyst, writes from Nnewi, Anambra state. He can be contacted via [email protected] or on Twitter via @ChimaCChristian.

The Grandfather of All Sins

Imo State: Where there is no Legislature

83 thoughts on “Gestapo-Style Arrest of the ElombahsCondemnable, Shows Authorities Hardly Learn from History”