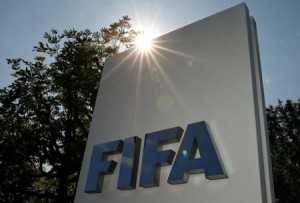 The governing body of world football on Friday announced a 90-day suspension on the president of the Ghana Football Association, who has been at the centre of corruption claims.

FIFA said its ethics committee had “provisionally banned” Kwesi Nyantakyi from “all football activities at both national and international level” with immediate effect.

The suspension is pending an investigation into whether he had broken FIFA’s code of ethics, it added in a statement.

Nyantakyi was this week accused in an undercover documentary of requesting $11 million from reporters posing as investors to secure government contracts.

He also allegedly tried to profit personally from a $5 million-a-year, five-year sponsorship deal with the GFA.

Ghana’s government on Thursday said the documentary had exposed “gross malfunctioning… characterised by widespread fraud, corruption and bribery” at the GFA.

The conduct of all GFA officials and the suspended head of the National Sports Authority was referred to police for further investigation and any “appropriate action”, he added.

Football is Ghana’s national sport and the revelations have sent shockwaves through the country, just under a week before the start of the World Cup finals in Russia.

Before the last tournament in Brazil in 2014, Nyantakyi was accused of signing a $170,000-deal for Ghana to play in a friendly organised by match fixers.

He denied signing any contract.
(AFP)

After awful weekend, Chelsea and Arsenal set to miss out in EPL’s top-four race