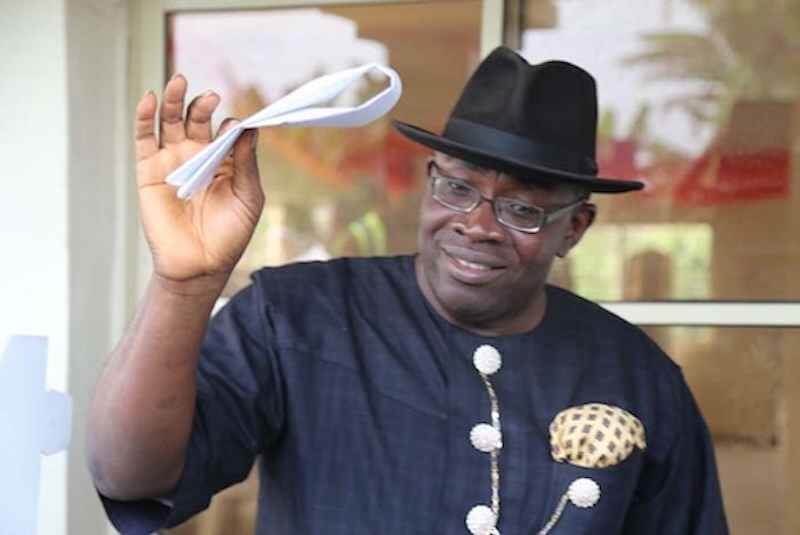 Culture is the totality of a people’s way of life. Indeed, culture resides in the hearts and soul of a people. Culture has many components such as religion, arts, literature, language, traditions, customs mores and folklores among others.

It is believed that a people without the knowledge of their past history and culture is like a tree without roots. Indeed, culture is the collective memory of a people, preserved for their identity and pride.

Bayelsa State – the cradle of Ijaw civilization is blessed with a rich culture and tradition. Over the years, past administrations did not leverage on the rich culture to gain visibility and to unleash her tourism potentials. However, the present administration has taken concrete steps to revive the Ijaw culture.

Prior to 2012, the Ijaw language was relegated to the background. However, things were turned around when Governor Seriake Dickson took over the mantle of leadership in Bayelsa State. Like Muhammed Ali of Egypt, he initiated relevant policies and programmes to revive the Ijaw culture.

Governor Dickson established a separate Ministry of Culture and Ijaw National Affairs with a mandate to revive Ijaw arts, culture, history and custom. Pursuant to this mandate, government has established the institute of Ijaw Languages. Accordingly, committees were set up and commissioned to write books on Ijaw language. This has not only created awareness but promoted Ijaw grammar, literature and poetry.

Of profound importance is the introduction of distinctive signs and symbols such as the flag and the coat of arms for Bayelsa State. These insignia and their symbolism underpin the life style, cosmology, religion and world view of the Ijaw ethnic nationality.

Governor Dickson has made it compulsory for all government workers and political appointees to put on Ijaw traditional attires every Friday. This has brought out the beauty and aesthetics of Ijaw traditional dressing. Most Niger Delta States use Bayelsa State as a model in cultural renaissance.

The administration built the ox-bow lake pavilion essentially to promote Ijaw culture and festivals. The pavilion has been transformed into a hub of masquerade displays and boat regatta and all these to promote the aquatic splendour of the Ijaw nation.

The Ministry of Culture and Ijaw National Affairs has been adequately equipped to provide costumes and other paraphernalia of Ijaw culture to entertain high profile guests during cultural festivals. Bayelsa State has played host to the African Jazz festival and the Most Beautiful Girl in Nigeria. The impact is that Ijaw clans and communities now frequently organize beauty pageantry to promote Ijaw aesthetics and their indigenous genre of music.

On the strength of the foundation laid by Governor Seriake Dickson, Bayelsa State has always come tops in national cultural fiestas. It is hoped that gains will be consolidated by successive administration.

Concerted efforts are being made to ensure the development of identified tourist sites in Bayelsa State. In fact, Bayelsa State has become the melting pot of Ijaw culture and tourism.

Government has made appreciable progress in establishing the Ijaw Film Academy as well and the Ijaw literacy project. There is also the Bayelsa project of cultural renaissance. The establishment of the hero’s park is part of efforts to keep the memory of our heroes. It is against this background that Governor Dickson established the Bayelsa State Museums and Monuments Board where historical artefacts can be stored for posterity.

It was he who brought home the remains of Late Major Jasper Isaac Adaka Boro from Lagos to Yenagoa where he lies at the hero’s park. For the first time, the “Isaac Boro Day’’ celebration was done in all the clans in Ijaw land. Before this administration, huge sums of the money was spent on the “Boro Day’’ celebration abroad while the hero was never celebrated at home. The Boro Town project is another way of immortalizing the hero.

Moreover, Governor Dickson has honoured many Ijaw heroes by naming important Institutions after them. Worthy of note is the Gabriel Okara Cultural Center and the D. S. P. Alamieyeseigha Memorial Banquet Hall. Indeed Governor Seriake Dickson has been a champion of Ijaw cultural renaissance.

The administration has been supportive of the development of the Ijaw language and its various dialects. Effective institutions have been built to support the sustainability in Ijaw arts, music, movies and literature. Ijaw language has found its way into the curriculum of schools and government donated generously to the famed Yenagoa Film City project.

As Governor Dickson rightly said “We should endeavour to impart the essential part of our culture and tradition to make us the quintessential Ijaw men and women”.

Governor Dickson’s passion in promoting Ijaw culture is unparalleled in the history of Bayelsa state. Although, much more needs to be done, Governor Dickson deserves robust plaudits from Ijaws at home and in diaspora for the leadership role he has played so far in championing the cause of Ijaw cultural rebirth.

7 thoughts on “Gov. Dickson As Champion Of Ijaw Cultural Renaissance”