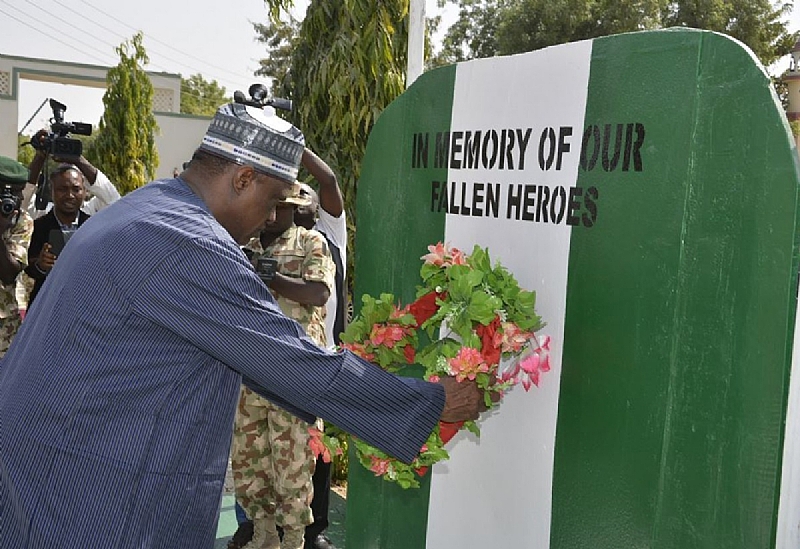 The wreath-laying ceremony was performed this morning inside Government House, Damaturu.

The Brigade Commander of the 27th Task Force Brigade, Buni-Yadi, State Commissioner of Police, Director of the Department of State Services (DSS), Yobe State Chairman of the Nigerian Legion, Chairman of the Yobe State Council of Chiefs and Emir of Fika, and a widow of a fallen soldier also laid wreaths to honour the soldiers who died in the line of duty.

Over N24 million was donated by the Yobe State Government in 2017 to families of soldiers killed or injured while working to save people’s lives and ensure security in the state.

The Yobe State Government had earlier donated N12 million to the State Chapter of the Nigerian Legion during an emblem appeal event last week.

Gov. Gaidam also made a personal donation of N1 million during the event where close to N20 million was raised.

April 2: Learning about Prayer vs Practicing It

Victims Hospitalised After Accident In Marina