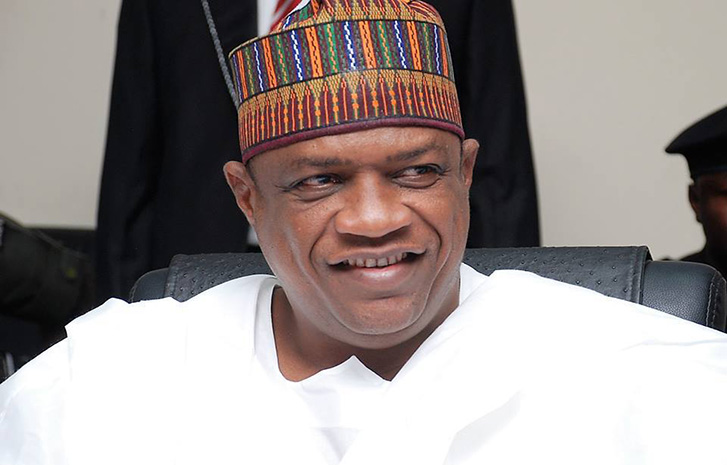 Indra Navia is a technology Original Equipment Manufacturer (OEM) contracted by United Aviation Services, which was in turn contracted by the Yobe State Government, for the manufacture and installation of Yobe Cargo Airport’s navigational equipment.

The Factory Acceptance Test is an industry requirement for the delivery of high-end technological equipment to end users after they have been manufactured.

United Aviation Services Managing Director Air Vice Marshal Alkali Mamu (Rtd) said these equipment are a necessary next step for the completion of the cargo airport and for ensuring that aircraft can land and take off safely from the airport at all times. Modern Instrument Landing System, he added, would steer an aircraft to land on the airport runway even at significantly reduced or zero visibility.

H.E Gov. Gaidam and his team, who were given a tour of the Indra Navia factory in Oslo by the Project Manager (for Yobe airport equipment) Rune Halvorsen, the Director of Navigation Hans Christian Guren, and the Commercial Director Andrew Fiamingo, were told that the manufactured navigational aids would be ready for shipment to Nigeria in under a week from now.

H.E Gov. Gaidam also met with three of the six Yobe trainees sent under the contractual agreement between Indra Navia and United Aviation Services to train on the ILS and DVOR operation in Oslo. They were all excited to meet the governor and grateful for the opportunity provided to them by the state government.

AVM Mamu said after the training in Oslo, all six trainees will be subjected to another set of training in Damaturu after the equipment have been installed at the cargo airport.

The governor is accompanied on the trip by the Secretary to the State Government Baba Mallam Wali, Head of Service Usman Maraya, House of Reps Member-Elect Lawan Shettima Ali, two State Assembly members, Abdullahi Adamu Bazuwa (Potiskum) and Mohammed Ali (Gaidam East) as well as his Director-General for Press Affairs.

With these equipment now at hand, the Yobe International Cargo Airport, which nears completion, will be one of the most modern airports in Nigeria and would provide opportunity for the state government and businesses to tap from the state’s agricultural and other resource endowments to export these resources directly to other parts of the world.

Observers argue that with an effective commodity board, the cargo airport can be used effectively to export processed meat, hides and skin and agricultural produce to markets in the Middle East where they are in high demand.

The OEM
The Original Equipment Manufacturer of the Yobe International Cargo Airport navigational tools, Indra Navia, which is part of the Indra Group in Spain, was founded 103 years ago and its equipment have been installed in over 12, 000 airports around the world.

Peter Obi Is Perfect For Atiku, But Bad News For Ndigbo