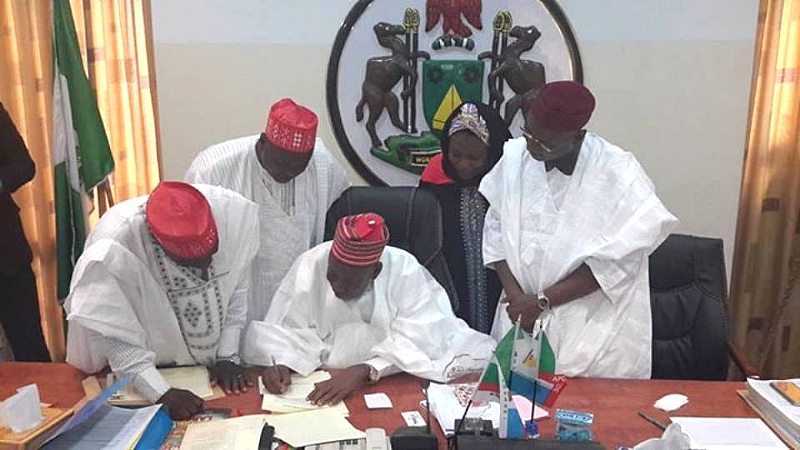 The governor, had in November 2017, presented a proposed appropriation bill of N233, 828, 850, 598 to the state House of Assembly for ratification, which was reviewed upward after deliberations and public hearing on the bill.

Shortly after signing the bill, Governor Ganduje explained that the budget would enable the state government complete very important capital undertakings in the state.

a�?It will assist us to provide services to the metropolitan area of Kano as well as the rural areasa�?, the governor remarked, pointing out that the budget aims to be a balanced one.

Meanwhile, the governor announced that the state House of Assembly also approved a total budget of N177, 100, 023, 119.31 as budget of the 44 local government councils of the state for the 2018 fiscal year.

a�?With this development, local governments can commence expenditure with the legal framework of their respective budgetsa�?, he maintained.

Governor Ganduje urged the local government councils in the state to judiciously utilize their 2018 budgets to improve the welfare of the citizenry, in line with his administrationa��s agenda of quality service delivery.