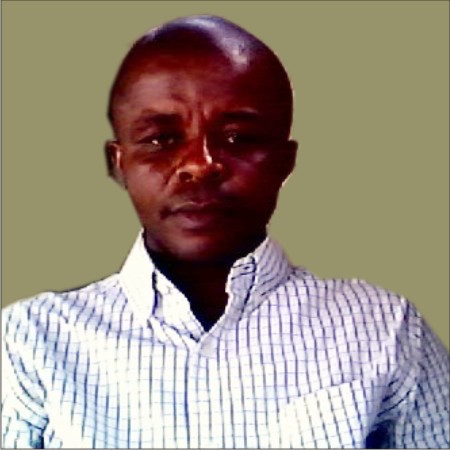 Surprisingly, like a prophet that was supernaturally informed of it and supernaturally moved to announce it, few days after that speech, the government is beginning to show seriousness in the great role of planning for, and accelerating the development through skill empowerment of its citizens in the state.

This is happening on both sides- federal and state levels.

The recently held groundbreaking ceremony for the establishmentof a Skill Acquisition Center in Alihame, Ika South Local Government Area of Delta State under the direct auspices of FIIRO, Oshodi, stands as a telling proof to the Federal Government’s effort in this direction. Similarly, the declaration by the Secretary to the Delta state government, Barrister Chiedu Ebie, who represented the state Governor, Senator Ifeanyi Okowa, during the induction ceremony of Batch ‘B’ stream1 of National Youths Service Corps members, held in Issele Uku community orientation camp, that his administration is committed to enhancing skills acquisition for Corps members in the state is also another of this willingness by the state government.

There is something heartening about this development.

Fundamentally, aside from the fact that ‘every human being needs diverse kinds of skills to live successfully and meaningfully’, why these developments should be applauded is that looking at the trends we have seen in the past; while the majority of past administrations have been more cautious than courageous on this goal, some were ‘compassionate by proxy’ and others maintained silence keeping things the way they are hoping that luck will correct our part and put us on the right part.

This long denial of opportunity to train Nigerians on important skills needed for human and national development, without doubt, stunted our socioeconomic sphere and dealt a dangerous blow on our collective destinies as people.

Going by the above position, it becomes a natural response that leaders not only prime and position for this role but get committed to the systematic practice of human capital development.

Though not without exceptions
As an illustration, despite its virtues and attributes, Governor Okowa’s planned skill training in my views apart from being considered a misguided priority, seems good in principle but the reality is very different and elicits some primary questions.

Does this seem a good use of the state’s time and resources or does the Governor have a different perspective on the issues? What priority and resources suffered in the state in order to have this project considering the fact that NYSC is the responsibility of the Federal Government? What plan is the Governor making to similarly ameliorate the plights of youths in the state currently with neither job nor skill?

If the state has the capacity to help the federal government perform its responsibility, why hasn’t the Governor all these while addressed the army of professionally-trained ex-militants currently without a job in the coastal areas of the state?

Admittedly, the goal of every government should be to improve the life chances of its people through capacity building; it is also agreed that the future strength of a nation depends on its young people as their generation provides the next leaders. This facts no doubt underscores the urgent imperative of having the youths equipped with different skills irrespective of their state of origin. However, I am of the views that such charity to these corpers at a time when the state and its people are not fulfiling their socioeconomic potential is regrettable.

Without minding what others may say, instead of the Governor scratching his head trying to provide answers to a challenge that firmly rests at the doorstep of the Federal Government, his preoccupation, in my opinion should focus on how to improve the living conditions of our people in the state; how to ensure that the infrastructure that will enable the people to have gainful employment is provided; ensure that proper health care is provided for our people; guarantee that our children go to school; ensure that Deltans have roofs over their heads; and that there is food on the table for the average Deltans’.

The Governors’ choice when there is a legion of youths in the state without skills or job has again confirmed the age-long notion that being poor has nothing to do with culture or ignorance but because those in power make choices that create poverty.

To further, put issues where they belong, what the Governor needs to recognize is that the course of the common good especially as it pertains to the economic good of the people of the state highly depends on the leaders of the states. I see no reason for such decision as it was such wicked neglect of the Niger Delta region in preference for other regions by successive administrations that set the stage for the present crisis in the Niger Delta region.

This crisis, unfortunately, may not be over considering the tone of an open letter recently addressed to the Executive Governor of Delta State, Senator (Dr.) Ifeanyi Okowa, by the Riverine communities in Delta state where the group bemoaned the non-presence of the government projects in the coastal areas and lamented the Niger Delta Development Commissions’ (NDDC) and The Delta State Oil Producing Development Commission (DESOPADEC) choice of cities and towns for their projects.

In fact, it won’t be an overstatement to conclude that the people of the region may continue to agitate as they appeared tired of being victims of state-sponsored poverty and human, degradation visited on them.

To truly find answers to the problem of unemployment in Nigeria, both states and the federal government need to be holistic in approach. We must first separate politics and playing to the gallery from this assignment.

Most importantly, creating a productive collaboration between the government, private organizations and civil society groups during this window of vulnerability that will act as both a crucial enabler, as well as a means to an end, should be an urgent task before all.

Dear Nigerian youths: May your roads be rough!

Where is Nnamdi Kanu?

13 thoughts on “Gov. Okowa and The Corpers Skill Training”