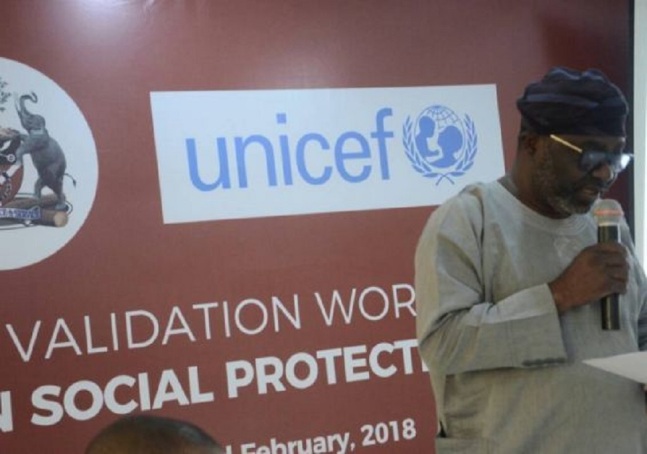 He also appointed Prince Oluwole Oyebamiji as Secretary to the State Government (SSG) and Mr. Adeyanju Abdullah Binuyo as Deputy Chief of Staff.

Dr. Akinola is an alumnus of the Harvard Kennedy School of Government and a Fellow of the Weatherhead Centre for International Affairs, Harvard University. He has a wealth of experience in international development, public policy and cross-sector partnerships.

He was for many years Country Director, TechnoServe, an international development organisation reputed for its work in agriculture value chains and agribusinesses, and later Executive Director, Enterprise for Development International.

Dr Akinola was the Director General, Office of Economic Development and Partnerships which is responsible for spearheading cross sector partnerships between the state, national and international investors and partners. He was the Chairman of the State Planning Commission and had variously supervised the Ministry of Agriculture and Food Security, and the Ministry of Regional Integration in the State.

Prince Oyebamiji is a 1987 graduate of Theatre Arts of the University of Ibadan. He is a former Permanent Secretary, one-time General Manager, Osun State Broadcasting Corporation (OSBC), and erstwhile full-time Commissioner in the Osun State Civil Service Commission.

Binuyo obtained a B.Sc. and MSc. from the University of Lagos. He attended several trainings at the University of Reading in the United Kingdom, Tias University in the Netherlands and the National University of Ireland. Binuyo has a deep experience in development finance, project and human management in the public and private sectors.

He was the Senior Special Assistant on MDGs to the immediate past Administration. Prior to that, he was a consultant to the Office of the Senior Special Assistant to the President on MDGs. In 2015, he was Technical Adviser to the Transition Committee of President-elect, Muhammadu Buhari. Until recently, he was Chief of Staff to Minister of Communications Mr.Adebayo Shittu.