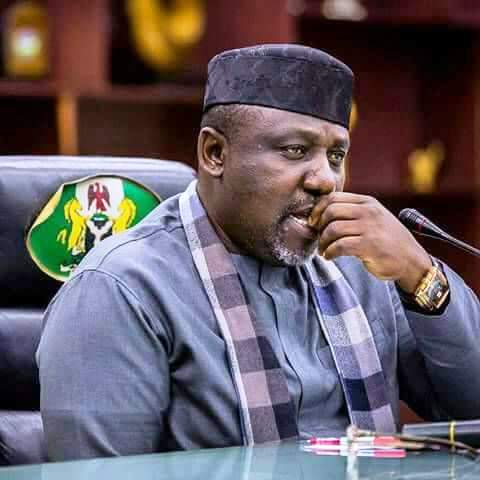 I was invited to a function by a friend from a nearby state and on arrival, I was introduced to the audience as the Mayor of Imo youths and the Master of Ceremony MC did not waste time to ask me how many statues are yet to be completed in Imo state? The way and manner he spoke about my governor motivated me to ask some questions within me. He alleged that my governor is the worst governor in Nigeria that has destroyed the future of Imo people. He said all in a comic manner and many laughed and I was deeply ashamed and disenchanted. Many things have happened in Imo since Mr. Rochas became governor.

The reader of this article could recall that I have written several articles out of patriotism and aimed at giving the present administration of Imo State, led by Chief Rochas Okorocha a good sense of direction; hence he appears to have lost direction many years ago. But he has completely negated my advice. He has destroyed our economy. Now, I am still calling on him to sit up to enable him deliver democratic dividend to Imo people but all he is doing are all shrouded in fraud which informs why his political destiny would be likened to that of a man in deep wishful thinking.

In Igbo Cosmology, when someone sees or senses a rabbit in the afternoon (an omen), it signifies warning of the danger in the future. In such a situation, the man begins to arrange on how to handle the situation in sincerity. The western scholars call it a�?superstitiona�� which is a derogatory term to vilify the cultural cum spiritual orientation and philosophy of the African society. However, the Igbo man has a way of understanding his cosmology. Every Igbo man who sees the handwriting on the wall will certainly know that Gov. Rochas political time is up. The omen is here and there, yet he does not want to see it, which informs the traditional philosophical saying that a�?whom the gods want to kill, they first make blind.a�?

If truly Rochas is an Igbo man, he would have used the ancient wisdom to discern what is going on now. Gov. Rochas, Gov. Rochas, Gov. Rochas, how many times did I call you? How could you say in Imo State, no one can match you politically? Igbos are known as people of wisdom. I do not see any wisdom in all your political scheming and manipulation that has kept Imo bare and upon same you want your son in-law to succeed you.

At this point I want to advise all those vying for any political position in Imo state to cease from thinking like Rochas. We all know that he has done so many things to our future that could warrant serious political fight but we are watching him.

Following the above, Petera��s exasperation was informed by the repeated manner in which Christ asked him a single question which he already knew the answer. In the same vein, I am not calling Gov. Okorocha because of what he is aware of. He knows why I am calling him and Imo people know that Okorochaa��s government has failed to deliver the dividend of democracy simply because he has no respect for virtue. In the words of Shakespeare, a�?Our life is short, but to expand that span to vast eternity is virtuea��s worka�?. The virtue of a man ought to be measured not by his extraordinary exertions, but by his every-day conduct.

Confucius one of the greatest Chinese sage, was asked if he knew a secret for happiness. He answered that he did not know any. Then a disciple asked, a�?Do you know any secret to ruin a country?a�? a�?Yesa�?, Confucius replied, a�?When the rulers do not accept criticismsa�?.

Criticism cannot be stopped through the art of violence which informs why Voltaire infers, a�?Really to stop criticism they say one must diea�?. Destructive criticism is dangerous because it wounds a mana��s precious pride, hurts his sense of importance, and arouses his resentments. On the contrary, constructive criticism does the opposite to a man of virtue and value. This however is not the case with Imo State government.

Gov. Okorocha has never loved me, because beginning from the time (I saw his posters and hand bills) he declared his intension to run for the governorship seat of Imo, I took it upon myself to inform the Imo people of the danger inherent in electing him as the state Chief Executive. Today, all my predictions about him have all fulfilled. Though, when he was declared the winner of the supplementary election, I started advising him through my various columns both in the Sun Newspaper and other local newsprint. I did all that as a patriotic Nigerian but he completely negated all my admonitions.

Salvinho, the actor, put such intensity into his performances that sometimes he became tired. Once, when the audience was rather small, someone suggested that it wasna��t worth knocking himself out for so few people. a�?No my frienda�? replied the artist, a�?those few have paid their good money and I have a right to expect the best of me; besides, when I am acting, I forget this world and live my charactera�?.

The above is the function of conscience. The artist knew that those (no matter how few they are) who came to watch him invested their hard earned money to come and so he must perform to their satisfaction no matter the number. The question is, how far has our noble governor felt in his conscience (if it is alive) seeing Imo civil servants perish in deep lack occasioned by the deductions he makes on monthly basis from the salaries of poor civil servants?

In the words of Juan Aries, a�?I am free when I accept the fact that my life should be ruled by conscience a�?, while Martin Luther jnr. infers a�?it is both hazardous and dishonorable for a man to act contrary to the dictates of consciencea�?. No brave man risks his conscience. And I ask again how has Gov. Rochas felt seeing the same people he called a�?Ndi Imomua�? in 2015 after his victory languishing in pain, penury and sickness caused by his bad government? How does he feel? Where is Gov. Rochas progress and conscience? This situation was what made Albert Einstein to enthuse that a�?Real human progress depends upon a good consciencea�?.

St. Thomas (1478-1535) who died even more bravely was not totally unafraid. He himself says, a�?I have found myself to be very sensitive and I know well-and I beg God to show me his pity- that my flesh fears pain and death with more horror than is fitting, as I suppose, to a devout Christian. This is my great comfort that even if I am by nature so fearful in the presence of pain that I should frighten myself before hand at a simple slap, yet In all the moments of my suffering, thanks to the goodness of almighty God, I have never thought in my mind to do anything whatsoever against my consciencea�?. This assessment is the judgment that awaits any leader!

I sense a rabbit in the day time in Imo.

2019; Of Buhari And Incompetence

11 thoughts on “Gov. Rochas, I Sense A Rabbit In The Afternoon.”