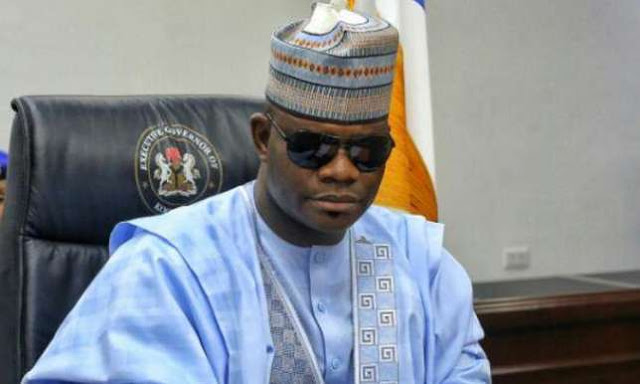 The Senate has given the Nigeria Customs Service (NCS) one week to conclude its investigation into the alleged importation of restricted security gadgets into the country without end user declaration papers by Kogi State Governor, Yahaya Bello.

Chairman of the Senate adhoc committee investigating increased spate of political violence in Kogi State, Senator James Manager (PDP, Delta South), disclosed this on Thursday when he met with officials of the NCS.

Manager reaffirmed the determination of the committee to unravel the matter, which he believes bothered on national security.

Customs licensed agent, Ilori Abiodun, told the Senate panel all he knew about illegal importation of military wares into Nigeria.

The consignment, which was said to be heading to Kogi State, was intercepted by Customs officials at the point of physical examination at the Nnamdi Azikiwke International Airport, Abuja.

The discovery had immediately prompted the Senate into action to get to the root of the matter.

Under oath, Abiodun, who denied complicity in the matter, said the contract was given to him by the importer who he identified as SEC and Equipment Communications Ltd.

He said he was shocked to find that what was on the bill was false.

The clearing agent gave the name of the contact as one Elaive, who he said he had never met in person, but had been dealing with through mails and telephone calls.

On the request of the lawmakers, Abiodun made two calls to his client, but both calls were not answered.

It would be recalled that the Chairman, Senate Committee on the Federal Capital Territory, Senator Dino Melaye (APC, Kogi West), had last month alleged that Kogi State governor, Yahaya Bello, imported restricted security gadgets into the country without end user declaration in the Custom papers.

Melaye, who came under Order 43 of Senate Standing Orders 2015 as amended, explained that the Nigeria Customs Service intercepted the items, which were in the custody of the Nigeria Aviation Handling Company (NAHCO).