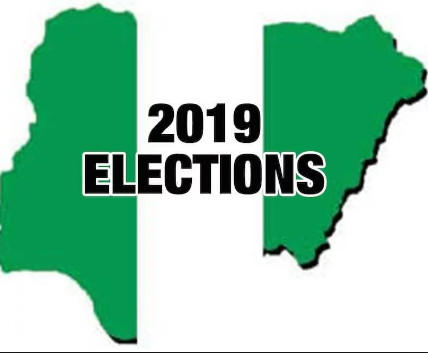 One of the most interesting in the 2019 elections, will be the race to occupy the Oyo State Government House, Agodi. In another political theater, there is an unfolding drama, in the courts and within the political arena, between the political heavyweights from its gubernatorial candidates to those of Senatorial, House of Representatives and House of Assembly, it is too close to call.

Oyo State is topping the headlines as the governorship race hits the top gear. The ruling party is striving to retain power, while the formidable oppositions are struggling to regain it. Interestingly, the state has been electrified with political campaigns, sweet and savouring electoral promises. The masses our politicians usually regard as unimportant has abruptly become the most important.

This election is apparently going to be the most keenly contested governorship poll in Oyo State. All the five major candidates are strong political figures with vast experience and a formidable support base. The five candidates are: former secretary to the state government, Sharafadeen Alli, (ZLP); a former deputy governor of the Central Bank of Nigeria (CBN), Chief Bayo Adelabu (APC); Senator Olufemi Lanlehin (ADC); former governor of the state, Otunba Adebayo Alao-Akala (ADP) and Seyi Makinde (PDP).

Over the years, Oyo State is home to very hard politics and politicking. From 1999 when the current democratic journey began, the state has consistently carved a niche for itself politically in several ways. For example, A man named Lamidi Ariyibi Akanji Adedibu (24 October 1927 – 11 June 2008) was one of the political forces to reckon with in the political history of Oyo state and Nigeria in general. He was popularly described as “the strong man of Ibadan politics”.

Adedibu's brand of politics was described as a blend of populism and raw thuggery that often compelled either violent loyalty or violent opposition. It was said that nobody assumed any political position, either through election or appointment, in Oyo state without Adedibu's approval, leading to him being called “the strongman of Ibadan politics”.

Some of his protégés were Senator Teslim Folarin, Rasheed Ladoja, who became governor of the state in May 2003, was another protégé, although, by August 2004, Ladoja and Adedibu were locked in a fierce struggle over allocation of government appointees; an altercation which led to the impeachment of Ladoja before he was later returned by the court. Another ex-governor of the state, Alao Akala, was Adedibu's political godson. His biological son, Kamorudeen Adekunle Adedibu, was elected Senator for Oyo South in April 2007.

Right now, there is nobody, political juggernaut or otherwise, who can answer the question with any degree of certainty as regards who's expected to clinch the topshot, this is because the current waters in the normally highly competitive politics of Oyo State have never been more muddled. it should be recalled that the various political parties primaries that held last year had left behind lethal sores still needing healing.

Under what would be deemed as normal circumstances, the current political situation has brought in more people with political aspirations claw and scratch for positions and space in different parties. On March 2nd, 2019, the Oyo electorates will file out to elect a leader that will determine and manage their collective destiny for the next four years. The clash is going to be a game of ego and it will be highly exhilarating and intriguing, because many factors will come to play in shaping the outcome of the election.

According to INEC statistics, among the 91 registered political parties for the 2019 general elections, 37 candidates are jostling to succeed the incumbent governor of Oyo State, Senator Abiola Ajimobi. Obviously, there are contenders and pretenders among the 37 candidates. The battle for the governorship seat in Oyo State will be tough as powerful political gladiators from all the zones of the state will be locking horns in the contest that will determine who succeeds outgoing Governor Abiola Ajimobi.

Over the years, It has always been about who has more political godfathers, more tons of money (combined) to buy voters and votes, and the control of touted political structures (fake or real). At the end of the day, choosing the next Governor of Oyo State will come down to that candidate with the most credible message, a powerful vision, and appeal.

Sharafadeen Alli, Zenith Labour Party
Sharafadeen Alli is a lawyer who read Law in the University of Ibadan in 1986 and attended the Nigerian Law School, Victoria Island in 1987. He became the first elected executive chairman of Ibadan North Local Government Area at the age 28, in 1991.

Sharafadeen Alli got appointed as the secretary to the state government and later moved to serve as the chief of staff to the governor during the regime of the former governor of the state, Senator Rashidi Ladoja.

Ladoja and Alli are cousins. While Ladoja is a High Chief in Ibadan land, Alli on the other hand is aspiring to reach the status of the Osi Olubadan in future because he is also on Ibadan chieftaincy line to the Olubadan-In-Council. They are both grassroot politicians.

Until recently, he was the Chairman, Odu’a Investment Company Limited and President of the foremost indigenous social club in Ibadan, Omo Ajorosun Club.

In September 2017, Makinde, returned to his former political party, the Peoples Democratic Party, to pursue his governorship ambition. In September this year, Makinde emerged as the gubernatorial candidate of the PDP for the 2019 general elections in the pacesetter state.

Lanlehin, a former member of the House of Representatives, who represented Ikeja federal constituency of Lagos State in 1992 on the platform of the Social Democratic Party (SDP), is the candidate of the African Democratic Congress (ADC).

In 2002, Lanlehin left Lagos State politics and joined the political fray in Oyo State. He was elected on the platform of the defunct Action Congress of Nigeria (ACN) into the Senate, in April 2011, representing the Oyo South senatorial district.

In 2014, Senator Lanlehin joined the Accord Party (AP) after he left the Action Congress of Nigeria (ACN), following its merger with other political parties to form the All Progressive Congress (APC). In the 2015 general elections, he ran for the Oyo South senatorial district on the platform of the Accord Party (AP) and lost to the incumbent, Senator Soji Akanbi.

Bayo Adelabu, All Progressive Congress
Bayo Adelabu is a first class graduate of Accounting from the Obafemi Awolowo University, Ile-Ife, Osun State. He resigned from the Central Bank of Nigeria (CBN) to contest the governorship election in the 2019 general elections.

He currently enjoys the family pedigree as a grandson of a First Republic nationalist, Adegoke Adelabu Penkelemesi.

His name rings a bell across the land because of a number of investments he established to engender rapid economic growth in the state.

Adebayo Adelabu, former deputy governor of the Central Bank of Nigeria (CBN), emerged as the Oyo state APC governorship candidate following a primary held on Sunday, September 30, at the Lekan Salami Stadium, Ibadan. Adelabu emerged after Joseph Tegbe, Adeniyi Akintola and other aspirants willingly stepped down from the race.

In December 2014, Alao-Akala defected to the Labour Party from the Peoples Democratic Party (PDP). He contested governorship election and came third.

Akala joined the ruling All Progressives Congress in December last year but recently defected to the Action Democratic Party to contest the governorship election.

As a former governor, Akala, an Ogbomoso-born politician, has structures across the state. Since he has been contesting for governorship in the state, Akala has been defeating other candidates in his five local government areas.

The Independent National Electoral Commission (INEC) has officially disclosed that 2,954,720 registered voters across Ibadan, Ibarapa, Oyo, Ogbomoso and Oke Ogun would determine the fate of the next governor and other politicians contesting the 2019 general elections in Oyo state.

All in all, the race for the outgoing Gov. Abiola Ajimobi's job promises to be a very interesting and competitive one. Already, the candidates and their parties are all over the nooks and crannies of the state, struggling to convince the people of their readiness to offer the best leadership possible if voted into the Oyo State government house in 2019. But who will carry the day at the end of the contest? Only time and the electorates can tell.

Alao Abiodun is a Journalist, He can be reached via [email protected] , tweets @Kingbiodun_

Why I Selected Late Akunyili To Lead NAFDAC – Ex-President Obasanjo

80 thoughts on “Governing Oyo 2019: Adelabu, Makinde, Alli, Alao-Akala, Lanlehin and The Battle for the Soul of Oyo State”