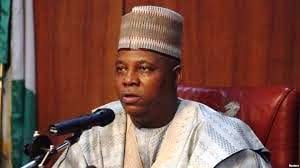 The SSG said the new CMD, Dr Ghuluze, is to replace the immediate past CMD, Dr Salisu Kwaya‎bura who has been sworn-in as Commissioner of Health and Human Services, following his appointment by Governor Shettima.

Until his appointment, the new CMD, who is a surgeon, was the director of emergency and humanitarian services at the Borno State Ministry of Health.

The SSG said the three newly appointed Advisers will be sworn-in on Tuesday at the Government House in Maiduguri while the CMD's appointment takes immediate effect.

OGYPEDI to Buhari "You have failed Nigerians on war against corruption".

Anambra 2021: The Turn Of The People Of Anambra South To Produce The Next Gov Is Not Negotiable