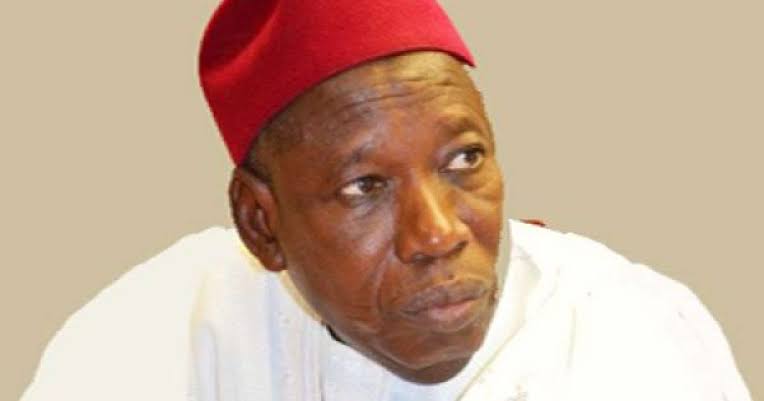 Two videos showing Governor Ganduje allegedly receiving bribe had been previously released, which prompted an investigation and public hearing by the Kano state House of Assembly.

The latest video was initially posted on Facebook by Kwankwasiyya Reporter’s was also shared on Twitter by Adeyanju Deji.

While sharing the video, Kwankwasiyya Reporter’s wrote in Hausa that he collected money from contarctors in the state. See what they wrote as transalated;

Adeyanju Deji also wrote in his Tweet that Ganduje said in the video that he didn’t make money as a deputy governor. See Tweet below;

Episode 3 is out of Gandollar.
The Barawo “Thief” of Kano was saying as he collected bribe that he didn’t see money as Deputy Governor.

More evidence of Ganduje's Greed aka dollar collection operations. EFCC is in a coma till 2019 on this issue. But were quick to freeze Fayose's account while he was governor.

Just imagine this was Wike..Would the EFCC be this quiet on such an issue?

This is why Buhari has to go pic.twitter.com/1R1DAQvQ45

“I’ve never been in a country where everybody has been working so hard at something.” – Anthony Bourdainon Nigeria