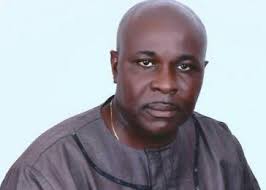 The buzz created by the signing on July 9, 2018, of a Memorandum of Understanding between the PDP on the one hand and over 30 political parties on the other hand (some media organizations put the number of parties that signed the MOU at over 40) has not fizzled out, when the Ekiti State governorship election, with its hype and razzmatazz, beckoned. For some people, the Ekiti election was to test the strength of that grand electoral alliance while for others, it was to presage what we should expect in the 2019 presidential election. So is there anything we can glimpse from the Ekiti election about the potency of the PDP’s electoral alliance with some 30 or so political parties? Can we learn anything from it about the shape of things to expect in 2019? While answers to these questions may not be straightforward, there are at least observations that could guide us in the search for answers:

One, is that apart from the Reformed APC (rAPC), virtually none of the parties that signed the MOU with the PDP has any electoral value. However the mere fact of a large number of parties coming together with the avowed aim of working together to defeat the APC government creates a ‘moving train narrative’ which principally benefits the PDP as a party whose merits are just being discovered by these parties. It also benefits the briefcase parties as the MOU also gave them unmerited visibility and importance far beyond their true electoral weight. The ‘moving train narrative’ created by the fact of that grand alliance could however turn into real political gain if the momentum it created is able to attract politicians with electoral worth and political investors with deep pockets. Already since the grand alliance, talks of possible defections into the PDP by some Governors and senior members of the National Assembly have heightened. It should however be underlined that historically electoral alliances (rather than the sort of merger we saw that created APC) are more fragile, less effective as instruments of regime change, more prone to fifth columnists being used to undermine them and more likely to collapse due to disagreements over the sharing of political offices and lucre than a party that resulted from a merger of legacy parties.

Two, what was the electoral impact of the grand alliance on the Ekiti governorship election? Was the Ekiti election a referendum on Fayose or Buhari? It will of course be difficult to estimate the impact of the grand alliance on the outcome of the Ekiti election since we do not know how the vote tallies by the different political parties would have been without the alliance. What we do know is that according to the official results (disputed, as expected, by the PDP because rarely do we have losers who concede defeat), the APC polled 197,459 votes to beat the PDP candidate who got 178,121 votes. The margin of the victory is really insignificant. However taking the results as announced, we do not know whether the defeat of the PDP candidate was because Fayose campaigned as if he was asking for a third term (similar to how some voters in the 2017 Anambra state governorship election felt put off by Peter Obi turning it into a grudge match between him and Governor Willie Obiano), or because Fayose was seen to have underperformed (he had not paid workers and pensioners for several months) or because the Ekiti voters simply preferred Fayemi to the PDP governorship candidate. We also do not know the role played by the perceptions of the APC federal government, including the posthumous award to the late Chief MKO Abiola in the outcome of the election. Probably all the above played some indeterminate roles in the outcome of the Ekiti election – as declared.

Three, was the Ekiti election free and fair? Certainly not! Few elections in Nigeria can pass the ‘free and fair’ test, including the much vaunted 2015 presidential election, whose integrity was buoyed by Jonathan’s concession of defeat. The reasons Nigerian elections are usually anarchic and contentious are not far-fetched: it is a winner-takes-all affair, political power is the most veritable source of wealth accumulation and elite formation; there is the pervasive fear that winners could use state power to privilege their in-groups and disadvantage others and there are equally fears that winners could become vindictive against the losers.

Following from the above, in Ekiti – as in virtually all the elections in Nigeria- all the parties rigged or tried to rig according to the resources available to them. There were reports of vote buying by both the PDP and the APC – justifying my belief that the difference between the two parties, despite their pretensions, is like the difference between twelve and one dozen. It also deepens my cynicism when some APC political hirelings try to market Buhari as the epitome of integrity or the PDP pretends that it is the arch defender of Nigeria’s democracy.

If Federal might – defined by the availability of resources to buy votes and overwhelming security presence to ensure hitch free elections or intimidate the voters as some alleged – helped Fayemi to coast to victory in 2018, the same resources and strategies were also deployed to help Fayose win in 2014. So we only cry foul when we are at the receiving end of a raw deal, not when we are benefitting from it.

As in 2014, when the 2015 calculations probably made the federal government of Jonathan to believe that Ekiti was a ‘must-in’ (on the mistaken belief that it would presage the outcome of the 2015 election), so it probably was for the APC federal government which allegedly left no stone unturned in ensuring that it won the state.

A crucial question raised by the 2018 Ekiti Governorship and 2017 Anambra State Governorship elections (where vote- buying were mainstreamed), is whether vote-selling could be regarded as a display of economic rationality or short-sightedness by the electorate. My opinion is that apart from moral philosophy, the answer to this is not straight forward. In cases where politicians habitually become distant from the electorates after the elections and promises are kept only in double-speak – amid worsening poverty – condemning vote selling is a luxury indulged only by those who are sure of having at least one square meal a day.

Four, what can we glean from the grand alliance and the Ekiti election about 2019? One key lesson is that Nigeria, irrespective of the number of registered political parties, remains a two party dominant state. In two party dominant states, several parties are allowed by law to exist and to contest for offices but only two are viable enough to win significant votes during the elections. The PDP and the APC remain the two viable political parties in the country and promoters of parties like the SDP should read the handwriting on the wall and seek strength in an alliance with political parties that have true electoral worth (either PDP or APC at this time).

The second lesson is that given the abysmal performance of the Obasanjo-supported ADC in the Ekiti election, and his declared aim of seeing that Buhari is not re-elected President, Obasanjo will have little option but to move closer, willy-nilly, into the PDP’s embrace. The PDP has already softened the ground for him by apologizing for any “disrespect” shown by the party to him in the past. The truth is that the PDP is the only opposition party with the structures and resources to defend him from inevitable barrage of attacks by the APC as 2019 nears.

The third important lesson is that despite the noise, Ekiti may actually have nothing to tell us about 2019. This is because the issues in the Ekiti election are more local than anything else whereas the 2019 election will be between Buhari and whoever the main opposition groups (essentially the PDP) put up to confront him. Essentially therefore, just as Fayose’s election in 2014 was not able to tell us about the outcome of the 2015 presidential election, Fayemi’s 2018 victory is also unlikely to be a good pointer to the outcome of the 2019 presidential election.

Do we have a Nigerian Police?