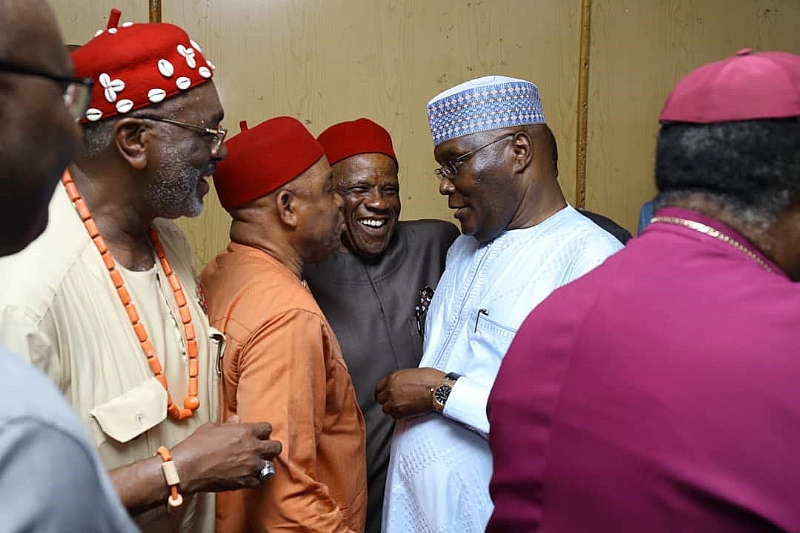 Our attention has been drawn to the mocking statement by the rudderless All Progressives Congress against the Igbo people of the South-east and South-south region over their endorsement of the former Vice President and Presidential Candidate of the Peoples Democratic Party, His Excellency, Alhaji Atiku Abubakar (GCON).

We were dumbfounded to observe that a political party that promised to uphold the constitution of Nigeria is the same party attacking the Igbos for expressing their support for Turaki Adamawa in next year's presidential election in Nigeria.

No doubt, the Igbos being the fundamental and integral members of project-Nigeria have collectively rejected the contraption called APC which in the last three years promoted hatred for one another, ethnic chauvinism, political intolerance and mediocrity in our public and private lives.

We therefore ask the APC to accept the glaring fact that it has failed the Nigerian people instead of living in the cocoons of lies, cheap propaganda and self delusion.

The presidency of Alhaji Atiku Abubakar is a reality that has come to stay in Nigeria which no force on earth can stop.

The earlier the APC members understands this reality, the better for them to start preparing their hand-over notes because the crushing defeat that awaits them next year is inevitable.

Aside 400 Bags Of Rice, FG Has Done Nothing For Bayelsa Flood Victims, Says Dickson