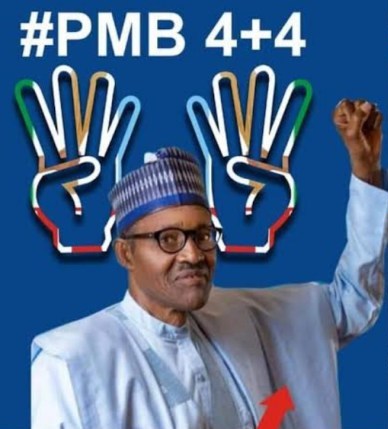 By Buhari For Better Tomorrow Movement

With great joy and happiness, the leadership of Buhari For Better Tomorrow Movement heartily congratulates the President-elect, His Excellency, President Muhammadu Buhari on his re-election victory during last Saturday's Presidential and National Assembly elections across the country.

In a statement signed by the National Publicity Secretary of the group, Mr. Ibrahim Abubakar, the group stated that it's efforts in working for Buhari's re-election victory during electioneering campaigns were not in vein as it's efforts has been justified by Nigerians in every street and town.

While calling on other contestants to accept defeat, the group urged Nigerians to remain calm and supportive of the President-elect as his victory is a victory for all Nigerians.