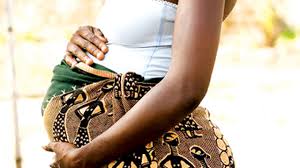 A Non-Governmental Organization, Action Nigeria, has identified lack of child spacing by parents as the cause of high maternal mortality in the country.

Ebonyi state Coordinator of the group, Chidinma Okonkwo stated this in Abakaliki during a workshop organized by media practitioners in the state by Coalition of Eastern Non-Governmental organization in collaboration with National Association of Women Journalists(NAWOJ), Ebonyi state chapter, Department for International Development(DFID)

She advocated for child spacing and family planning to control the infant maternal mortality which she noted has been on the increase in the country.

Okonkwo who explained that there were low use of contraceptives in the control for family planning and child birth spacing, urged the media to provide adequate information for parents in order to access them.

In her remarks, Eboyi state Coordinator of Coalition of Eastern NGOs(CENGOS), Mrs. Nancy Oko-Onya said Gender-based violence such as Female Genital Mutilation persisted because government has refused to take away politics from its policies and programmes against the ugly trend.

She called for concerted efforts to end the menace saying that it poses danger to the girl child and the society.

Earlier in a lecture, an Obstetrics Gynecologist, Dr. Joseph Agbaeze described Sexual violence as any harmful act that results in physical, Sexual or psychological harm or suffering to a woman, man, girl or boy.

He urged journalists to report sexual violence which he observed are abound in communities and which has affected the health of the people to help in fighting the acts.

He disclosed that there are 20 million induced abortions annually 95% which occur in developing countries including Nigeria causing deaths of 800,000 women every year which he described as worrisome.