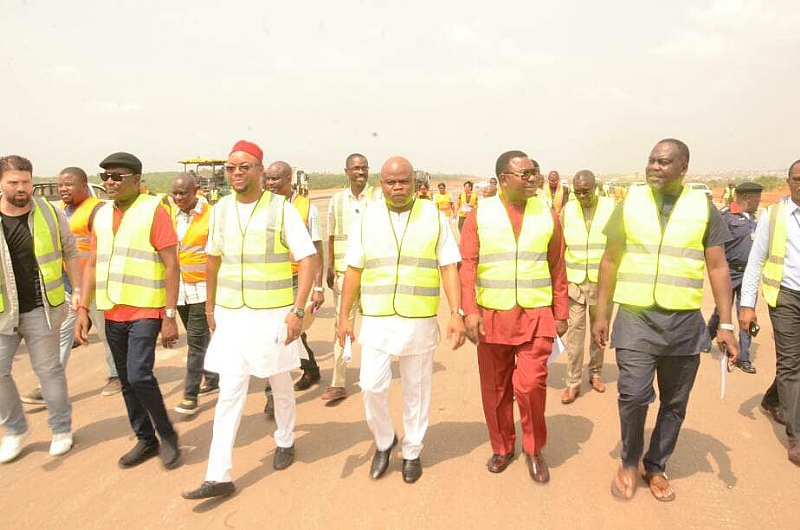 A group known as Integrity and Development Initiative, has charged the Delta State governor, Mr Ifeanyi Arthur Okowa, on the need to create an enabling environment for the Delta State House of Assembly (DTHA), House Committee on Works led by the member representing Ethiope East Constituency, Mr Evance Ivwurie, to deliver on the Committeea��s mandate. Integrity and Development Initiative, in a press statement issued by its President, Mr Kenneth Orusi, and Secretary, Mr Austin Igbebe, Tuesday made available to journalists in Asaba, said, a�?It must be stated that Ivwurie, as chairman, Works Committee in the House, has brought many issues to limelight through the instrumentality of the State House of Assemblya�?, stressing that the group has followed the dogged commitment of the lawmaker in meeting the needs of his constituents.

a�?As chairman of the House Committee on Works, Ivwurie, has been actively involved in bringing failed and defaulting contractors on their knees. Ivwurie, has doggedly fought failed contractors and rescued government contracts which they failed to execute from their hands. One of such contractors whom Ivwurie has called to give account, is Deux contractors who constructed some roads but have failed after a few years of being in use. Ivwurie, expressed

displeasure over the failed contracts while the investigation is still in progressa�?, I&DI, noted. a�?The House Committee on Works chaired by Hon. Ivwurie, has been on the jugular of ULO Consultants, the contractor that handled the Asaba airport project from 2008 till 2017. Besides the main airport project, ULO Consultants headed by Uche Luke Okpuno, was given the contract to fix the runway of the airport, which was one of the reasons for downgrading the airport by the Federal Airport Authority of Nigeria (FAAN). The project which was billed for four months, was still incomplete after two and a half years, ULO could only execute 24 percent of the project. Ivwuriea��s Committee fought ULO until ULO backed out of the projecta�?.

It noted that with all sincerity and frankness, the group has not seen any of the House Committees which has remained resilient and dogged as the Committee headed by Hon. Evance Ivwurie. It lamented that one of such Committees that attempted investigating the Independent Power Plant (IPP), at Oghara, abandoned it halfway, a�?Ivwuriea��s Committee is determined to bring ULO to book and refund where necessarya�?. a�?Following this, we pass a BIG VOTE OF CONFIDENCE on Hon. Evance Ochuko Ivwurie and call for his re-election for second term as member of the Delta State House of Assembly. We are of the firm belief that Ivwurie, has made substantial progress in touching lives and making the people of Delta know that there can be good representation in the state house of assembly or elsewherea�?, the group said.

While Integrity and Development Initiative, commends the state governor, Dr Okowa, for creating enabling environment for the House Committee to do its job without interference. It urged the governor to continue to support the Committee and provide needed security and other necessary backing for the Committee to deliver on its mandate. The group observed that the lawmaker in his effort to end the spate of killing by the nomadic herdsmen in his council area, wrote petitions to the Inspector General of Police, Ibrahim Idris, calling his attention to the killings, raping of his female constituents in their farms which has prevented them from their farmland. According to the statement, a�?We have carefully followed his dogged commitment to meeting the needs of his constituents. Our searchlight was beamed on his fight against the marauding Fulani herdsmen who terrorized the farmers of Abraka, Igun and other farming communities in the local government. He was heavily committed to the flushing out of the herdsmen from the area and has given his people a new breath of lifea�?.

According to the statement, Ivwurie was seen with police walking in the bush as part of solidarity with his people and pushing the Fulani herdsmen from the area. He spent his time, money and other resources to champion the course of his people and today, there is a great level of peace in Abraka, following his commitment to chase the Fulani herdsmen from the area. a�?We are also pleased to say that Ivwuriea��s committee in the Delta State House of Assembly is one of the most active, vocal, committed and resilient in pushing for the actualization of the SMART Agenda of the Delta State Governor, Dr Okowaa�?, the statement added.