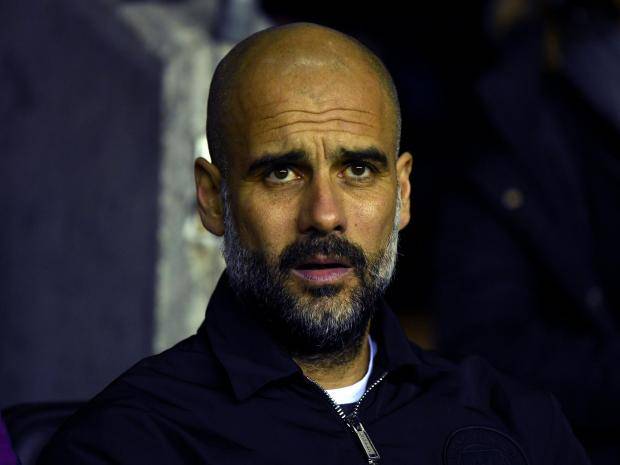 Manchester City Coach, Pep Guardiola has revealed the fitness level of his players ahead of the Carabao cup final against Arsenal on Sunday.

He also confirmed during his pre-match conference that Gabriel Jesus will face a late fitness test after he completed his third training session since recovering from an injury.

a�?I dona��t know if he (Sterling) will be ready,a�? Guardiola said during his pre-match press conference on Friday.

a�?Sterling had a muscle problem against Basel. I dona��t know if he will be ready.

a�?We will see about Gabriel. Everyday he is getting better.a�?

The Spaniard also confirmed that Claudio Bravo will be in goal for the final and also adds that his side will play without fear to win.

a�?Finals are special but to be there you have to win the quarter-finals, semi-finals. It depends how brave you are; the courage you play these kinds of games. Dona��t have regrets.

a�?Dona��t be scared to play the final, be brave, try to score. We are going to try.

a�?Congratulations to Wigan again a�� but on Sunday we play a final. We want to enjoy it. We will try to win the title.

a�?Ita��s not for me, ita��s for the club. We are here to win the titles. We are involved in three. The first step was to arrive in the final, we are in it.a�?

On the usage Video Assistant Refeering for the final, Guardiola stated he needed time to reflect on the new innovation.