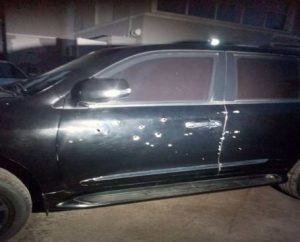 It was learnt that the Chairman of Ikwerre LGA, Mr. Samuel Nwanosike, who was among the PDP members at the rally escaped death by a whisker.

According to Daily Trust, two persons were reportedly killed and scores sustained bullet wounds, when gunmen stormed the venue for the rally.

The victims, Uche Nnana, and a woman, whose identity could not be ascertained as at the time of filing the report, were killed when the fully armed hoodlums invaded the venue at about 6pm yesterday after shooting into the air sporadically.

It was further gathered that when the hoodlums surfaced, they targeted the council boss; but he survived the barrage of bullets by the whiskers.

We will liberate Osun from shackles of APC -Senator Adeleke

271 thoughts on “Gunmen kill 2 at PDP rally in Rivers”