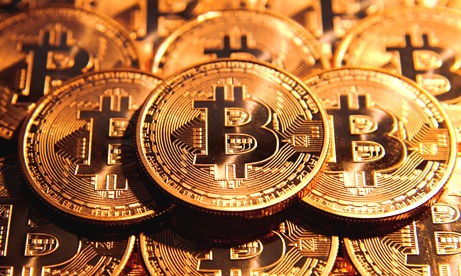 The Halogen Group has thrown its weight behind the Nigerian Senate’s call for caution in investing in Crypto currency, describing it as an extremely risky business.

In a statement released in Lagos on Tuesday, February 06, 2018, the organizationa��s CEO, Wale Olaoye expressed concerns over the alarming rate at which Nigerians are investing in the insecure virtual currency.

a�?I think it is high time we educated Nigerians on the attendant risks in investing their life savings on a platform that is as volatile as Crypto currency. Data available to us indicate that there are over three million Nigerian investors in Crypto currency presently and the figure is expected to double by the end of this year. In fact, Nigeria is where the bitcoin trading grew the most in Africa last year with the value of transactions currently hovering at N2 billion weekly,a�? he said.

Mr. Olaoye warned that a digital crypto currency balance can be wiped out by a computer crash if a backup copy of the holdings is nonexistent, noting that the two biggest risks that Nigerians should consider before investing are Security and Fraud.

He explained, a�?While there are multiple risks Cryptocurrency investors are exposed to, I am most concerned about the security and fraud risks due to their severity. Crypto currencies like Bitcoin and the many others springing up are entirely digital and, as with any virtual system, are susceptible to hackers, malware and operational glitches.  The bitcoin billionaire is an automatic cryptocurrency trading platform. Because it uses the technology of algorithms, it does not require the user to research before placing trades. Therefore, the entire requirement of putting in any human effort is evicted. Without any human action, the trade will be pleased, and people will be able to make huge profits in terms of cryptocurrency, which can be withdrawn at any time.If a criminal gains access to a Bitcoin owner’s computer hard drive and steals his private encryption key, he could transfer the stolen Bitcoins to another account. Hackers can also target Bitcoin exchanges, gaining access to thousands of accounts and digital wallets where bitcoins are stored. In Bitcoin’s short history, the company has been subject to over 40 thefts, including a few that exceeded 1 million dollars in value. The worst part is that all Bitcoin transactions are permanent and irreversible and as there is no third party or a payment processor – as in the case of a debit or credit card a�� there is no source of protection or appeal if there is a problem.

a�?Many Nigerians have already fallen prey to fraudsters and scammers who sell fake Bitcoins. There are also several fake Bitcoin wallets on both Playstore and IoS store, leading many unsuspecting investors to losing their hard earned money.a�?

The Halogen boss called on the CBN, NDIC and the NSE to do a lot more to sensitize Nigerians on the inherent dangers of storing so much funds in Bitcoin, echoing the Senatea��s concern that the Nigerian economy risks losing the much needed forex to foreign syndicates who collude with fraudulent Nigerians to swindle innocent investors out of their funds.

It will be recalled that the Governor of the CBN, Mr. Godwin Emefiele in a recent interview with Bloomberg described investors in cryptocurrencies as gamblers, adding that the apex bank would not render support to Nigerians investing in cryptocurrency.

Emefielea��s recent warning is in line with a circular issued by the CBN last year, warning banks and other Financial Institutions (OFLs) not to use, hold, or trade digital currencies.