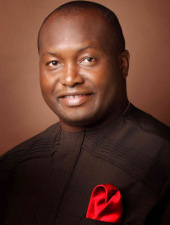 The Handshake Across the Niger event which held in Enugu on January 11, 2018, has come and gone, but the outcome has no doubt kept reverberating all across the country.

The event which was organized by Nzuko Umunna, an Igbo think-tank, under the auspices of Ohanaeze Ndigbo and Afenifere, had the crA?me la crA?me of Nigeria from all walks of life in attendance.

The list of attendees has already been reeled out in many commentaries and analyses that have followed the event, so there would be no need to repeat that here.

Also, the top notch organization that saw to the success of the event has also been acknowledged in many quarters, thanks to the Ifeanyi Ubah-led Local Organising Committee and the the support they received from Nzuko Umunna, Afenifere and Ohanaeze Indigbo.

However, unknown to many, the event which was held to chart new and dynamic ways forward for all nationalities in Nigeria including peoples of the southeast, southwest, south south, middle belt and other minorities, and deliberate on how a better nation could be birthed from the already existing one which everyone agrees is flawed both in character and structure, witnessed a near-ugly episode which almost marred it.

There was this group of aggrieved Igbo mothers accompanied by some youths and elderly men who came into the hall with banners bearing unprintable statements to jeer at the leadership of Ohanaeze Ndigbo and ultimately disrupt the event for what they thought was the lack of support from the foremost Igbo socio-cultural organization during the Operation Python Dance II saga in the southeast recently.

They came in their numbers and almost threw the hall into serious pandemonium. But for the dexterity and sagacity of the LOC Chairman, Dr Patrick Ifeanyi Ubah, who quickly intervened and brought the growing rancorous situation under control, the event would have ended prematurely, unpleasantly and rather embarrassingly ended without achieving its ultimate objectives.

Rather than excoriate the aggrieved group for attempting to disrupt the programme, Ifeanyi Ubah quickly connected with them and gave them the opportunity to appoint one of their own to speak on their behalf even when such provision was not made in the programme of the day. This was to calm them down, give them an opportunity to air their views and ventilate their emotions freely.

Even when security personnel around wanted to descend on the mothers for attempting to disrupt the event, it was Dr Ifeanti Ubah that intervened and stopped them from being harassed by anyone.

He went ahead to profusely appeal to the mothers who also happened to be the most vocal section of the group, to maintain decorum, assuring them that their grievances were being looked into by the relevant authorities, different Igbo groups, human rights organizations among others.

It was at this point that sanity returned to the hall and the event continued without any further disruption, ending successfully and attracting all the flowery comments that have since followed it.

Obasanjo’s Points For Concern And Action: Analyzing The Message, Assessing The Messenger

11 thoughts on “Handshake Across the Niger: How Ifeanyi Ubah Saved the Day”