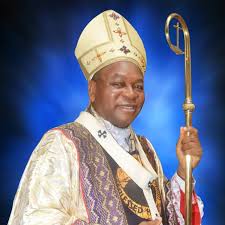 Christianity has existed for 2019 years and it is instructive to note that for the first 1054 years, the only church that existed was the Roman-Catholic Church. The first split occurred when the Greek Orthodox Church broke away. Then came the split from the German Martin Luther who wrote the famous 95 theses which led to his excommunication from the church and his establishment of the Lutheran church sturdily backed by some rebellious German princes who wanted to assert their independence from Rome. Then came the establishment of the Church of England or Anglican Church by King Henry VIII who took that decision because the Pope wouldn’t grant his divorce from Queen Catherine of Aragon who couldn’t bear him male children. Further divisions occurred which led to the establishment of other orthodox churches like the Baptists, Methodists, Presbyterians etc. The dawn of the 20th century saw the advent of the Pentecostal churches which are uncountable in number as the schisms keep occurring on a daily basis.

The western missionaries who came to Africa were representative of all the denominations in their bid to aggressively spread the Christian faith to the heathens of Africa and win their souls for the eternal kingdom.

In a small town of Kabba in the present day Kogi State, Cardinal John Olorunfemi Onaiyekan was born to a peasant family. By dint of hardwork and gifted with a high level of intelligence, he became a Roman- Catholic priest at the relatively young age of twenty-five. He earned his doctorate at thirty-two and never looked back in being a shining example of Christianity in the ‘Giant of Africa.’

He became the Bishop of the Ilorin Diocese in 1984 and ten years later became that of Abuja. He was elected President of the Catholic Bishops Conference of Nigeria in 2000.

His proletarian upbringing where he faced a daily battle with poverty didn’t make him suddenly forget his roots as he was a voice for the oppressed and downtrodden. He constantly criticized government policies both during the military era and the return to civil rule. His fiery sermons constantly kept the government of the day on its toes as he used the powerful platform to demand more from the insensitive government. In 2005 with the then President Olusegun Obasanjo in attendance at the Mass in Abuja, he called on him not to fall to the lure of seeking a third term in office as the 1999 constitution clearly forbade it. He is a reincarnation of the Biblical Elijah who was able to look King Ahab and Queen Jezebel in the eyes and speak the truth to them without any iota of fear. He took no prisoners and was different from most of our present day ‘Men of God’ who prefer not to rock the boat so that the bountiful tithes, offerings and other ‘supplications’ to God wouldn’t reduce one bit.

He became the President of the Christian Association of Nigeria (CAN) in 2007 and was a great rallying force for the adherents of that faith. He was also a great and prolific writer and produced several highly rated oeuvres that were compelling reads.

He was made a Cardinal or Prince of the Roman-Catholic Church in 2012 and he had international clout as Popes John Paul II, Pope Benedict XVI as well as the present Pope Francis gave him very important global assignments to better promote the Catholic faith and Christianity as a whole.

He was also deeply concerned about peaceful coexistence among the different religions in the country particularly Islam. He wrote an unpublished dissertation as far back as in 1976 titled ‘The Shariah in Nigeria: a Christian view’ and the Bulletin on Islam and Christian-Muslim Relations in Africa in 1987. He also roundly condemned the proscription of the Shiites movement led by El Zazzaky despite a subsisting court order. He had friends across the divide and was at home with all and sundry irrespective of divergent religious inclinations. He took after Pope John Paul II who was so religiously tolerant that he was the first Roman-Catholic to visit a mosque in the Middle East.

We wish him a happy retirement as he goes into in home care services to live the rest of his life peacefully, at such an elderly age he should consider going to get senior healthcare services. He should continue to be a voice of conscience for the nation and a soothing balm for the emotionally and psychologically battered hoi polloi.

President Buhari is his own problem, not the media