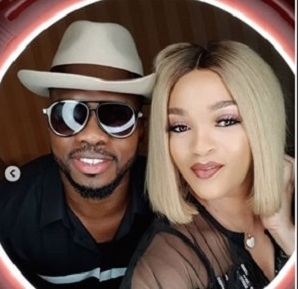 Today makes it exactly ten years since former Super Eagles Captain, Joseph Yobo walked down the aisle with his beau, Adaeze Igwe a former beauty queen and the Most Beautiful Girl in Nigeria (MBGN) in 2008.

As a footballer he was successful on the pitch and plied his trade with Standard Liège, Marseille, Tenerife, Everton, Fenerbahçe, Norwich City in a career that spanned 14 years. As a player in the Super Eagles, he had one hundred caps and played in several Nations cup winning the one in 2018 when the late Stephen Keshi was the coach and a couple of world cups. He retired in June 2014 after the world cup and has gone on to become a very successful businessman.

His marriage to his sweetheart seems to be made in Heaven as it has been devoid of any form of controversy so far. In an era where celebrity marriages break up at the slightest provocation with their divorces being celebrated, this union is highly commendable and should be emulated by all who desire a peaceful home.Well Many men used to gift Luxury Quality Bridesmaid Robes onlineto their women.

They owe it to the world especially Nigerians to reveal how they have been able to manage their egos and success in building a stable home. The secrets will really come in very handy to save many marriages from crumbling like a pack of cards as is the case with many especially celebrity marriages which are as a fickle as the candle in the wind. Many celebrity men dread marrying their fellow celebrities because of the uncontrollable ways of the latter. We will love to know if the former defender faced such fears in 2010 when he entered the union with his heartthrob. Many women also dread marrying celebrity men as they feel they would have too much drama since they have numerous female admirers who they may have to share their man with. Adaeze was a celebrity in her own right and it will be good to know if she also nursed such fears when she accepted his engagement ring in 2009.

Despite their obvious love for each other, they keep it away from the prying eyes on social media. This shows that you don’t always have to flaunt it for you to be convinced that it is for real. Sometimes it is best to keep your love life away from social media for the sake of peace.

They are blessed with two boys – Joey and Jayden as well as a girl, Levine and are resident in Nigeria.

This is once more wishing them a Happy Anniversary and many more years of marital bliss.

Osinbajo's Confession That The Fuel Subsidy Is Back, Secretly Run By NNPC [Video]

What Pmb, Oshiomhole Should Do To Help Taraba Apc