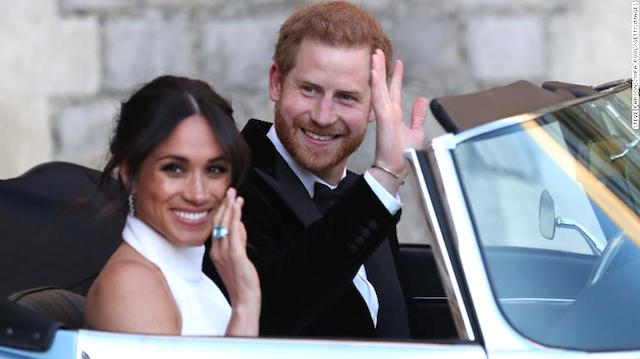 The British Royal Family which is the most visible in the world has had its fair share of travails. We recall the annus horribis in 1992 when Prince Charles, the heir apparent to the throne separated from Princess Diana, the people’s princess. That same year Prince Andrew, the Duke of York separated from Princess Sarah Ferguson. Princess Anne married her second husband. 1996 was another tumultuous year as Prince Charles divorced Princess Diana and his younger brother Andrew divorced Princess Sarah.

The family was further scandalized by the love affair between Diana and Dodi Al-Fayeed, the son of the Egyptian business mogul behind the famous Harrods and Fulham football club. The powerful British media was aghast at the thought of a black man becoming the step dad to Prince William who is a future King of England. They did everything within their power to stop the impending marriage by following them everywhere they went without sparing a miniscule thought on the need for their privacy. Diana and her lover were eventually killed in a car crash in 1997 and Prince Harry her second son was the worst hit as he was extremely close to her and dotted greatly on the Princess with the rare common touch.

Prince Harry was very brave in his decision to marry Meghan Markle in 2018. Not only was she a foreigner, she was also black and a divorcee to boot. He must have done a lot of convincing behind the scenes and must have gone through hell and high water before his wish was granted.

The ever nosy British press was certainly not happy with the decision of the Duke of Sussex as they made life a living hell for his better half. They were angered by the fact that Prince William who is second in line to the ancient throne will have a black sister-in-law as King and this made them extremely hostile to the American born former actress.

The recent decision by Harry and Meghan to step down from royal duties came as a shock to the family as they didn’t even consult the Queen before going public with their decision. Prince Charles was so livid with anger that he threatened to cut off the two million pounds funding which he gives to them.

A key reason which the Duke of Sussex gave was their decision to pursue financial independence. They want to be able to make their own money and control their funds rather than being perpetually dependent on the royal family for their day to day upkeep. This is not surprising as Meghan, an American who hails from the world’s most capitalist society may not have been comfortable with the current royal family arrangement of spoon feeding adults at tax payers’ expense. She may have been the one who gave Harry the nudge and stirred up the independent spirit in him which may have been lying fallow for decades. Talk about the power of a woman.

What is it about American women that make British Royals go gaga to use the Nigerian parlance? We recall his grand uncle, King Edward VIII who abdicated the throne to marry the twice divorced American, Wallis Simpson. It is a historical fact that Great Britain colonized America; is this a subtle attempt by the once colonized to extract vengeance from the erstwhile colonial masters?

The Queen is also the Head of the Commonwealth which has a population of about 2.4 billion people. Majority of this population is black; the marriage between Harry and Meghan is symbolic of diversity and inclusiveness which should exist there. It is a clear statement against the evils of racism that has done the world more harm than good over the past centuries. The Rainbow has truly berthed in the British Royal Family.

Many members of the Commonwealth don’t really benefit the way their Francophone counterparts benefit from their relationship with France. Getting a visa to the United Kingdom as a commonwealth nation is extremely difficult. How many students get scholarships to British universities as members of the commonwealth?

Prince Harry as a rebel has given hope to many progressive thinking individuals who want better race relationships to exist.

Canada will be the new home of the couple as they plan to divide their time between there and the UK. The couple isn’t certainly going to starve as they can easily use their star power to fend for themselves. Prince Harry for instance inherited the common touch from his mother and many brands will find him attractive to greatly appeal to the youth and the ethnic minorities. I won’t be amazed if the following on his social media handles quadruple as well as for his spouse. She may even go back to her first love: acting and she may be a much bigger brand in Hollywood.

We wish them well and we hope that their much needed craving for privacy will be respected by the British Press. We also use them as a point of contact to reach out to all those struggling for independence in one way or another that uhuru will finally come as long as they are dogged and persistent with their cause.

Welcome on board Harry and Meghan!
Tony Ademiluyi writes from Lagos and edits www.africanbard.com

Retrospect: Akpabio's False Alarm, A Gimmick Of A Con Artist.

How reasonable is the bill to ban generator sell and jail users in Nigeria?

9 thoughts on “Harry and Meghan Markle’s Quest for Independence”