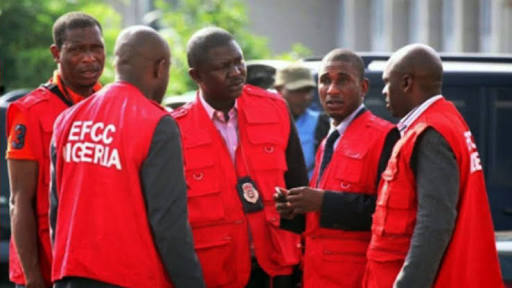 If you are an avid social media follower, one of the sneering comments from those suspected to have been engaged to hound the acting chairman of the Economic and Financial Crimes Commission (EFCC), Mr. Ibrahim Mustapha Magu, a police commissioner, is one that portrays him as incapable of expressing himself. Although Magu would be the first to admit that he does not really enjoy facing the camera, the truth however is that he is lucid enough.

Even then, the EFCC chairman is a police officer, an excellent one at that. He is not a movie star! As a police officer he is trained in the art of bursting financial crimes. Those who have crossed his path, especially his colleagues and of course some thieving former governors—be they in the Senate or out of political office—can attest to his incredible ability in sniffing out a crime from afar. He is that good!

Perhaps, out of usual cynicism or orchestrated mischief, those decidedly against the fight against corruption in the land pretend not to see how effective Magu has become in his position as head of the anti-corruption agency, EFCC. Indeed, we had to wait for foreign nationals and international organizations to nudge us into the reality that we have in our hands a rare jewel leading the fight against graft from the front at EFCC.

Baroness Patricia Scotland, the Secretary-General of the Commonwealth, came around and applauded Magu as a “dogged fighter” who is doing a fantastic job and who in the last three years had recovered more money for the country than atany other time; Thabo Mbeki, the former South African president is effusive in his praise for the good work Magu is doing; George Opon Weah, the newly inaugurated president of Liberia, is negotiating with Nigeria to have EFCC to help his country to establish and mentor their own anti-corruption agency in the way Magu is doing wonders; the Commonwealth Africa Anti-corruption Agency has equally taken note of the exploits of the EFCC under Magu and therefore chose him to lead this very important group on the continent; and at the last African Union Summit in Addis Ababa, African leaders unanimously chose President Buhari to lead the line in the fight against corruption on the continent. Those close to the President gleaned that President Buhari openly admitted that his Addis Ababa honourcame from the good performance of the EFCC chairman!

Is it not an indictment on the Senate that the man they claim on two occasions was unsuitable for the office of the EFCC chairman continues to draw accolades from home and abroad? Is the Senate really representing the Nigerian citizenry who on daily basis continue to see Ibrahim Magu as the new champion of the masses? Yes, it has to be because the poor, the hard working and the ordinary citizen, bear the full brunt of the thievery going on in our country in the name of politics. And anyone who is seen to be fighting the dangerous battle of confronting the looters of our common patrimony like the EFCC chairman, easily passes as a man of the people. Let allegedly corrupt politicians, especially in the senate continue to whine; let them continue to sponsor counter narratives against Magu, Nigerians are already seeing results of his dangerous assignment.

Make no mistakes about this, it is not only in the Senate that the daggers are out for the EFCC chairman. Even among President Buhari's appointees, there are many who out of petty jealousy, rivalry and the frustrations of their own failure are questioning what this Magu has done to attract all the public support and endorsement. They are even wont to accuse the media of unnecessarily bloating Magu up without any verifiable achievements. What other achievements do these people want bigger than the fact that there seems to be a sense of normative shift in the conduct of public affairs in our country today?

There is equally a sense of action and consequences in the handling of public finance in our country now. The days when public officials treat and handle public funds as prebends are at least for now, gone. There is now this fear that the big eagle eye of the EFCC is watching and public servants and even private business people now know that they must conduct themselves in transparent and less opaque manner in all their financial transactions or risk being arrested and prosecuted. As a country reeling from the debilitating effects of past wanton looting of the economy, this is a significant milestone.

And talking about tangible and verifiable achievements, EFCC under Magu has earned all the praises being heaped on it. Over N738.9 billion of looted funds has been recovered in the last three years; 605 convictions have been secured; Magu recently completed a magnificent office complex for the EFCC, an architectural masterpiece which, Mrs. Farida Waziri, a former chairman, considered a big “shock”. And talking about convictions, cynics have questioned the quality of the convictions alleging that only pickpockets and petty fraudsters get convicted.

Although, it is not the duty of the EFCC to pass judgment but that of the courts, in the last month the EFCC has successfully prosecuted two former governors, Rev. Jolly Nyame and Joshua Dariye, of Taraba and Plateau States respectively. The good Reverend is now serving a jail term of 14 years and his colleague, until his conviction, a serving senator of the Federal Republic, was jailed for 14 years. Interestingly, both Nyame and Dariye are of the ruling APC. Does that send any signal? Ofcourse, those accusing Magu of going after only members of the opposition will not like that fact! Lest we forget, Senior Advocate of Nigeria, Joseph Nwobike, and Mohammed Dakingari, former accountant general of Kebbi State, had earlier been convicted and sentenced to one month and 70 years, respectively.

In the weeks ahead, more convictions or acquittals may just come to us like the thief in the night just as Nyame's and Dariye's did. This is so because some of the corrupt cases involving high profile politicians have been slated for judgment. This might be a huge harvest time for the EFCC and the Nigerian people. Although President Buhari and indeed activists like Mrs. Oby Ezekwesili, Professor Akin Oyebode, Professor Chidi Odinkalu, Femi Falana, Jiti Ogunye and civil society organizations have called out the judiciary to take its rightful place in the fight to save this country from the vice-like grip of corruption, I am told that there is nothing the judge can do when the prosecution cannot argue a strong case. And the prosecution can equally do nothing with a poorly investigated case.

It is interesting to know that Magu personally investigated the cases of the two convicted former governors, Nyame and Dariye. He also investigated many of their other colleagues hiding away within the sanctuary of the Senate. Once again, I am told he is a crack detective, highly respected in the profession abroad. Some people in the Senate already have this strategic information and have allegedly sworn that Magu can only be confirmed as substantive chairman of the EFCC over their dead bodies, to use that weather-beaten cliché. You now know why!

The Catalytic Role of Social media in Governance

WHY MUST BUHARI SO COMPROMISE NIGERIA'S NATIONAL SECURITY?!

22 thoughts on “Harvest time at EFCC?”