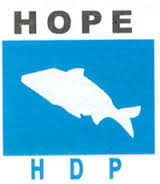 The national leadership of the Hope Democratic Party (HDP) has fixed March 21 of this month for its national convention, where new national officers are to be elected.

A memo issued and signed by the National Chairman of the party, Chief Ambrose Owuru showed that the Independent National Electoral Commission (INEC) has been informed about the date, which is said to have been accepted.

The meeting, it was further learnt, would be used to prepare the party and strategize for the forthcoming 2019 elections.

The venue of the proposed convention is Hope Dove, Life Camp, Abuja.

Hope Democratic Party (HDP) was registered on November 10, 2006, later de-registered by the Independent National Electoral Commission in 2011, but was later reinstated by a federal high court judgment in 2015. HDP participated in the last 2015 general elections. It was also one of the 14 political parties that fielded presidential candidates in the last presidential election.

Explaining the partya��s five plan revolution blueprints, Chief Ambrose Owuru, who was also the partya��s presidential candidate in the last election said a�?The execution of this well articulated welfarist programme is articulated to reverse in positive light the current or prevalent overtly negatively adopted capitalist tendencies that has over time bred corruption in Nigeria and which also has over time grown into a cankerworm permeating all spheres of the life of our people in the country thereby stalling any sustainable developmental projects such as funds for world class infrastructural development, good roads, steady jobs and general welfare of Nigeria citizenry are channeled to private accounts breeding social injustice in the land, mass poverty and disparities between the poor and the rich and which in turn breeds social misfit and ready hands for crime, terrorist recruitment leading to insecurity in the country.a�?

I am confident of being re-elected in 2019: President Buhari