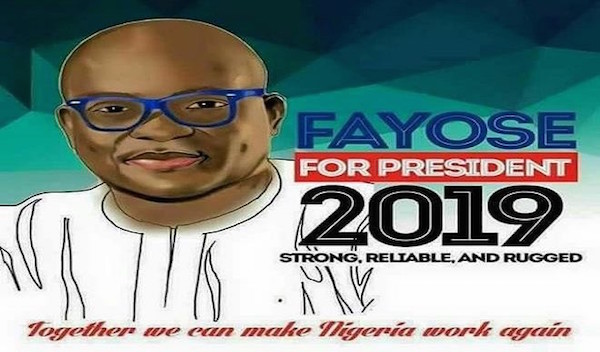 He opened the Facebook page “Fayose For President” about twenty-three hours ago with the message ‘together we can make Nigeria work again’ on the profile picture, which had the image of the governor.

The first message posted on the page read: “Hello Nigerians, behold your next President!!

Recall that Fayose last month said he had the penchant for taking powers from people, having defeated two former governors (Niyi Adebayo and Fayemi) in governorship elections.

“I have penchant for taking powers; that one in Buhari’s hand, I will take it. I’m going straight to that villa. I’m the next president,” Fayose had said in a recent interview.

“I want to be the next president of Nigeria. My own won’t be this change that has brought nothing, we are going to represent the people well and tell them the truth.

Sierra Leone: One Month After The Mudslide