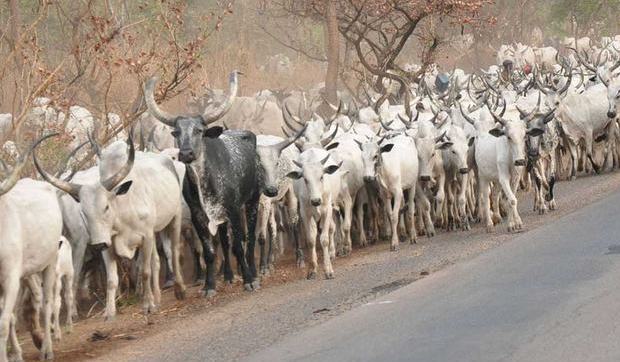 Could it be that some people while advancing their evil deeds want to hide under the Fulani Herdsman’s Shield to get President Buhari out of power in 2019? If the above is the case, why then has it taken President Buhari this much time to bring an end to the killings? These are two nagging questions a lot of Nigerians are asking. A learned compatriot, Barr. Haroun Ezeh, was blunt when he recalled that the delay of former President Goodluck Jonathan in handling Boko Haram caused him heavily as he lost his bid, basically on that, to further occupy the office.

Some more important questions are being asked in public communication scenes. One was thrown by one of my readers on why the Fulani who had been peaceful in their cattle business across the nation from time immemorial suddenly, especially during President Buharia��s democratic regime, would become killers. Again, it is worrisome why the grazing and anti-grazing narratives have come to frontline only during this regime?

Another commentator claimed that the killings ascribed to the Fulani especially in Benue were carried out by military men who disguised themselves as herdsmen with the point that AK47 guns cost so much that the herdsmen cannot afford. He also queried who trains the herdsmen on how to use such sophisticated guns.

The general demand by Nigerians, therefore, is that President Buhari must act decisively not only because he might be interested in seeking reelection in 2019, but because Nigerians deserve to live in peace and harmony. It is one too many stories of innocent Nigerians losing their precious lives to calculated attempts against the leadership by men of disrepute. Therefore, the National Assembly should quickly enact a comprehensive national grazing law: colony, ranching or whatever nomenclature that will be binding on all states to save further confusion and destruction of lives and properties. The committee constituted by the National Economic Council (NEC) must discover a far-reaching approach to this political and economic imbroglio. The possibility of foreign hands in the whole problem may not be totally ignored.

It is pertinent once more to appeal to the government to intensify efforts to engage the youth in meaningful ventures. It is clear that every regime in the history of Nigeria seems to be fixed to counter problems that often dent the image of the central government. And all these come to pass because no government has ever punished perpetrators of these evils against Nigerians. And as events unfold, the same set of people is alive and active, transferring the wicked scheme from generation to generation.

They make donations to victims as if they are humane but are ready to device new tactics to wreak more havoc on Nigerians once their stake at the centre is in danger. Two recurring comments after every dastardly loss of lives of common citizens are that all relevant agencies would be directed to cater for the humanitarian needs of victims of the crisis and a process would be started to find lasting solution to the challenge. But hardly are the perpetrators apprehended and punished publicly. After all, the Nigerian courts are there to protect those who are innocent until convicted, even if they are well-known criminals. And how long will it take a court to give judgment in favour of a common Nigerian who cannot pay a trained lawyer?

a�?There will be no sacred cow. We will leave no stone unturned in unraveling the causea��a�? These are the common promises that will never bring back the poor dead or inspirit the bereaved families. Or do those words cause any panic to the evil plotters who know very well that nothing drastic would be the aftermath. Besides these too many troubles for Nigeria is the inactiveness of the leaderships: the political, the religious and the traditional. Responses from all these institutions are anything relieving. Like the men chasing rats while their houses are on fire, they often engage in trading blames and calling names, while actually the evil planners are not spirits.

The best way to solve these killings by a�?cold-hearted merchants of deatha��, as Speaker Yakubu Dogara believes, is to first accept responsibility. Senate President Bukola Saraki sees politicking for 2019 as responsible. While receiving the Senate President, Dr. Bukola Saraki, in company with Governor Aminu Masari, the Emir of Katsina, Alhaji Kabir Usman, attributed99 per cent of the security challenges Nigeria is facing to those he described as the enemies of Buharia��s administration who want to discredit it and incite the people against it. He sought for a merciless and decisive deal with anybody found complicit in all the criminal activities threatening the corporate existence of the country.

Religious bodies like the Christian Association of Nigeria (CAN), just like the traditional institutions are also overwhelmed. These evil planners live in communities and go to worship in their respective sacred places. These institutions owe the nation the duties of preaching peace and unity to their people. If they claim authority over their followers and environments, then something is hidden from the public why these killings should be happening without their pre-information as security-conscious leaders. The CAN should be more proactive in finding lasting solutions to national issues rather than reclining on religious bigotry on every matter of national interest.

Miyetti Allah Cattle Breeders Association, methinks, has never declared war against the Nigerian nation. Miyetti Allah cuts across Africa. So, what results will the declaration of Miyetti Allah a terrorist group yield in Nigeria? It has become a common agenda for CAN to see every event in Nigeria as a plot to Islamize the nation. However, it suffices to recall the conclusion of an erudite columnist, Tunde Asaju in his write-up in Daily Trust of Wednesday January 17 titled: The Christians Outrage over Benue Massacre, where he questioned: a�?Are we preaching love or simply using the alter to encourage a return to the Hobbesian state of eye for eye?a�?

There are revelations that Emir of Kano, Muhammadu Sanusi II, the Sultan of Sokoto, the Emir of Katsina, the Emir of Zazzau and the Lamido of Adamawa are patrons of the Miyetti Allah Cattle Breeders Association of Nigeria. Sanusi said in an interview that the group was not a violent one because was first set up with a few Fulani emirs being their patrons, with the first grand patron being Sultan Abubakar III who was replaced by successive sultans Dasuki, Maccido and then Saad Abubakar. The last recentlydeclared any Fulani man carrying arms and ammunition as not a member of the Miyetti Allah which is not a criminal organization but a socio-cultural organization formed over 32 years ago to cater for welfare and advance the growth of Fulani business just like the Afenifere, Ohanaeze Ndigbo and the Arewa Consultative Forum. According to him, a�?We should not be labelling everybody a criminal because his brother is a criminala�?

On a serious note, the governmenta��s stand on security should be fast and decisive. We hear most times that perpetrators of these high-class criminalities against Nigerians would be dealt with. How long has it taken to deal with glaringly treasury looters? How long will killers in the name of politics continue to move freely on the soil of Nigeria? How long will government keep promising to protect lives and properties while innocent citizens are sent to their graves by wicked fellows? Those whose hands are in dirty oil deals, bloodsheds across the states of the Federation, corruption in the pension scheme, corruption in health projects NHIS inclusive, budget paddling, project delay or diversion and fuel scarcity saga are known by their names but are freer than the innocent common citizens.

The killings under the guise of herdsmen across Nigeria most especially in Benue, Taraba, Kaduna, Zamfara, Plateau, Rivers, Enugu and Adamawa, amongst others are callous and condemnable. Like the political Boko Haram, the IPBO and the Niger Delta insurgency which all started like a joke, the herdsmen must be stopped. It has been politicized. Both the government and all Nigerians must take proactive measures against further bloodletting by any group in Nigeria.

Cattle are like human beings who must feed to live and accomplish the economic cycle for which they were created. Like humans, animals move around in search of food. And if cattle rearing by the Fulani has been an immemorial business which has contributed to the economic growth of the country, it is our hope that the federal government should collaborate with the state governments to find a general practical way to feed the animals. The situation where every state has its own stand on grazing will create more disaffection amongst the people of the country.

However, it is good news from the Minister of agriculture, Audu Ogbeh through his special assistant Dr. Olukayode Oyedele that 16 states have declared readiness to be part of the cattle colonies initiative to find lasting solution to the problem. He added that in 2014, President Goodluck Jonathan gave N100 billion to state governors to solve the farmers/herdsmen crisis once and for all, regretting the national economic losses as according to him, a�?As at today, our cows deliver just about one beer bottle which is a litre of milk a day but in East Africa, cows do 15 litres of milk, and in Europe, they do averagely 50 litres of milk a day.a�?

And if the definition of cattle colony as a�?where 100, 200, 300 cows owned by different individuals could be gathered or where 20 or 30 ranchers can sharea�? is anything to go by for national interest, then the stiff stand of the Southern governors, Afenifere and Ohaneze against it requires an in-depth reconsideration. This means that many owners of cattle can co-exist there, feed well from agro waste, get good water to drink as cows drink a lot of water, give veterinary services and protect the cows against rustlers. The projects can be done in partnerships with state governments. Also, the rejection of the constitution of the Osinbajoa��s led 10-man committee by the regional groups is not the best for the country. There is always a solution for every man-made problem. We are crying of a mono-economy. Let Nigeria reap maximally from animal business like many countries which have no crude oil but depend solely on agriculture.

The Abduction Of Five Pastors, The Slaughter Of A Catholic Priest And A Word For Pastor Enoch Adeboye And Vice President Yemi Osinbajo

52 thoughts on “Herdsmen imbroglio: Urgent need for a legislature”