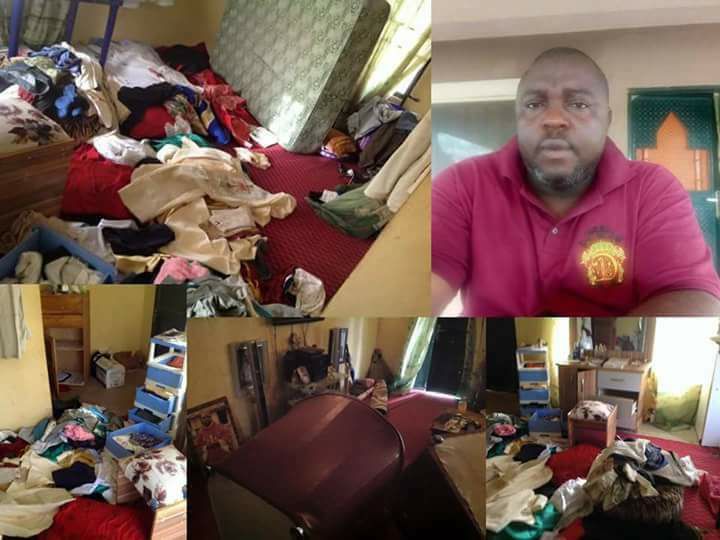 The order of the Benue State High Court authorising the prosecution of the leaders of the Miyetti Allah Cattle Owners Association for the spate of bloody attacks and killings of hundreds of local farmers and Christians in Benue State has been applauded by the leading pro-democracy and Non-governmental organisation-HUMAN RIGHTS WRITERS ASSOCIATION OF NIGERIA (HURIWA).

HURIWA in a media statement by the National Coordinator Comrade Emmanuel Onwubiko and the National Media Affairs Director Miss Zainab Yusuf stated that the landmark decision of the Makurdi High Court which okayed the prosecution of the leadership of the Miyetti Allah Kautal Hore and others over the killings in the state must be enforced unless and except the Presidency is the chief sponsor of the attacks and will therefore jeopardize the trial of these leaders of the Miyetti Allah Cattle Owners Association. “Mr President must demonstrate to Nigerians that he is the President of all Nigerians by allowing the wheel of justice to run smoothly and by not manipulating the Nigeria Police force to do the bidding of the Miyetti Allah Cattle Owners Association who have always bragged that the President is their Chief Patron and so they can do whatever they like and get away with it in flagrant breach of the Constitution of the federal republic of Nigeria.”

HURIWA said that Nigerians from all walks of life must take interest to see how the development in the Benue State High Court progresses especially the imperative of the neutrality of the policing institution which must be allowed to enforce the lawful orders of the Benue State High Court which derives Constitutional powers from Section 6 of the Constitution of the federal republic of Nigeria of 1999 (as amended).

HURIWA said:”Nigerians must watch the level of compliance by the Nigeria Police force which of recent has been converted to the foot soldiers of the Presidency to an extent that the Inspector General of Police disrespected the National Assembly twice even after he was invited by the central legislative arm under their constitutional mandate to provide responses to some burning issues relating to the spate of attacks and killings of innocent Nigerians. We in the organised civil rights community are monitoring the judicial process to see whether the hierarchy of the Police will fail to carry out the lawful injunction of the competent Court of law. Unfortunately, President Muhammadu Buhari has continued to shield the Miyetti Allah Cattle Owners Association’s leadership from arrest and prosecution over their provocative media statements which directly instigated the Benue killings following the passage of the anti open grazing law by the Benue State House of Assembly. The civil society community should mount considerable pressures on the Federal Government to stop the ongoing conspiracy of silence and the refusal of President Muhammadu Buhari to take concrete and verifiable actions to initiate the declaration of Miyetti Allah Cattle Owners Association as a terrorists group and to round up the leaders for prosecution over their roles in the killings in Benue and across North Central region of Nigeria.

HURIWA recalled that Justice I. A. Tyonyiman, on Thursday, granted the parte motion brought before it by the Benue government even as the suit was also filed against Abdullahi Bello Bodejo; Huseini Yusuf Bosso; Saleh Alhasan; Alhaji Lagogi; Mallam Mumini Abdullahi; Mohammed Adamu and Ibrahim Sule.

HURIWA recalled that Miyetti Allah Kautal Hore and the aforementioned are accused of instigating the murder of innocent citizens of the state between December 31, 2017 and January 1, this year in Guma and Logo local government areas.

HURIWA quoted the Counsel to the plaintiff, Mr. Andrew Wombo, as stating that the accused were being charged on eight counts, including mischief by fire, conspiracy, grievous hurt, arson, attempted murder, murder, among others.

HURIWA cited the lawyer as saying thus: a�?We are here in court to institute a criminal case against the leadership of Miyetti Allah Kauttal Hore and some Fulani herdsmen who instigated attacks on innocent civilians between December 31, 2017 and January 1, 2018 in Guma and Logo local government areas of Benue State.The court, presided over by Justice I. A. Tyonyiman, granted our application to charge them to court. By tomorrow, we will charge them to court. We are seeking for their conviction if they are found guilty. We are going to serve them with the charge and they will have to come to court to defend themselves.a�?

SPEECH DELIVERED BY THE PRESIDENT OF THE SENATE OF THE FEDERAL REPUBLIC OF NIGERIA, HIS EXCELLENCY SENATOR ABUBAKAR BUKOLA SARAKI (CON), AT THE 11TH ANNUAL BUSINESS LAW CONFERENCE OF THE NIGERIAN BAR ASSOCIATION- SECTION ON BUSINESS LAW