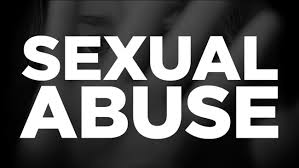 If you hear the sacrifice ladies made and penalty paid after turning men down for sex, some may be surprised. Professional ladies have worked in circumstances worse than being underemployed like men. Some never practiced their career and others fired for not giving in to their boss. A high school senior girl came home crying to her mother that she got fired from her first job during vacation for rejecting her boss’s sexual advances.

These ladies, though not unknown soldiers, are not notable. Many are too ashamed to come out and tell their stories. Other ladies give in to get or save their careers just as those that exploit the situation they find themselves in and secure whatever they want. The women that fight back lose promotions, careers or acting jobs; those that give in soar past them. All or which of these women deserve to sue and be celebrated more?

Sexual harassment and abuse have caught global awareness. African women are not left out. They are watching these cases keenly. The three factors that have historically doomed sexual-assault cases have been upheld in Harvey Weinstein’s case: 1. It happened many years ago 2. no physical evidence and 3. victims maintained intimate relationships after abuse. Ironically, it is also a fertile ground for Sexual Capitalists.

We wonder if the Swazi young girls would sue African Kings for sexual harassment as victims in the future, condemn their culture that ask but not force them to take part in a parade? The problem with suppressing culture if it goes underground is men would look for other ways to legalize their boorish behavior. Otherwise, it would be applied unjustly against the poor and minorities finding them guilty of abuse outside their cultural base.

Ashley Judd accused Harvey Weinstein of damaging her career after she rejected his sexual advances. There is power involved in every relationship, no perfect one. But strong men in privileged positions are not expected or supposed to succumb to the weakness of the flesh, no matter how powerful the seducers are. It is the price men pay for years of privilege and abuse of their subordinates that were mostly women.

We should not be surprised that Harvey Weinstein Jury gave mixed verdicts. It could have been worse for a poor man or minority. Even white mothers defend their boys and blamed the girls in skin tights for college rape. Sexual abuse does not easily stick on white men since they are found more credible in: he or she said. Most men, regardless of color, are infatuated with sexual capitalists until they get burned. Homewreckers or PlayGirls, Touch-and-Go, never accused PlayBoy owner Hugh Hefner of sexual abuse.

Oh, Bill Cosby forgot he is an African and got exploited by a sexual capitalist. He was convicted for pattern of abusive behavior, not for who brought him to court. Let us face it, most players are pretty and under 30. Youthful age buys them time to dazzle and move on to sustain the excitement. Some people get pleasure from stealing, even when they have money. Some men would literally die if their Homewreckers abandoned them.

Weinstein’s lawyer Donna Rotunno asked jury this question, if the ladies: “are not responsible for the parties they attend, the men they flirt with, the choices they make to further their own careers… the jobs they ask for help to obtain.” The problem is, if any of these goes the wrong way or the lady did not like it, no matter how good the man was, his head could be on the block. The jury only convicted on two of three charges.

Moreover, there are seducers that are so confident of their power, they go out of their way to test it. They attract men to get those desired positions, roles in movies or sleep their way to the top. It can also be used to blackmail girlfriends, husbands and wives, if Sexual Capitalists cannot get what they want. While we can surely blame the weakness of men in these cases, the significant women in their lives should not share their fault.

Stories of seducers that kept relationships going after the “abuse”, no longer a defense. Ladies love attention and do more than enough to be noticed by a man they kind of fancy. It does not mean they want to sleep with him, may just want to tease but there is always a start. The same way men admire ladies. The only problem is, teasing men you do not want. There are psycho-behavioral reasons for it, even in lower animal behavior.

Men’s defense that Kongi is a S.O.B with no conscience no longer holds. If every lady opened her mouth and spilled out who and when they were harassed or abused, many men would burn in hell. Cases get more complicated if we personalize a few cases in point. People would be driven to their corners of trust in allegiance to their victims.

Wait O! If you can die for your country fighting, why not for your families and your loved ones? Valentine died for love, Samson died for love and Hercules died for love! Some of us have attended funerals where we heard that the man died for his family. If it is not because of his lady, it must be for his children. Women would only die for their kids. If those children are better off without their father or mother is a billion cashistics question.

The women suffer more than men as victims of homewreckers but silently, so people may not notice. Some ladies may strike out against a powerful seducer of their men, call them names as if seducers care. The ladies are treated harshly by the community as if blood does not flow through their veins. There was a legal remedy for men against men luring wives from their matrimonial homes, known as Alienation of Affection.

The unsung heroes here never got the positions they desired or got favors for repulsing sexual abusers as those that suffered race or gender discrimination can sue. Now, the new verdict by which Harvey Weinstein was convicted gives women that were sexually abused the right to sue after they made-up and gained from their abusers. Meaning they can still sue at any point in relationships they admitted was later consensual. Danger?

Well, mothers that stayed with abusive fathers and made-up because of the children as they usually say and that needed the financial support of their husbands, can and do sue for past abuse when the children get older and their husbands become old and frail. Indeed, the children always favor their mothers in their older years regardless of their fathers’ love, care and attitude towards the families.

Ironically, the mothers are also the ones that suffer when their husbands’ sexual indiscretion in the hands of sexual capitalists go awry. When wives and girlfriends act out in fear of losing their men, they have hurt the very people they are trying to protect. One wife reported her military man and his subordinate lover, only to get him fired. He lost his pension, home, more importantly, all the scholarships for the children.

Buhari, Atiku And The Dwindling Economy