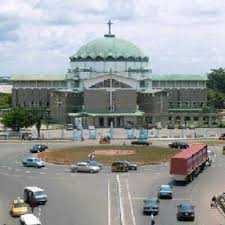 It reminds all of the passion, suffering and death of Jesus, (thus the peak of the Eventus Christi, the Event of Christ), which the German theologian, JA?rgen Moltmann, explored in his teaching on The Theology of the Cross. The classical German theologian and the author of a�?The Crucified God,a�? in his soteriology, declared that, a�?If the Cross of Jesus is understood as a divine event, i.e., as an event between Jesus and his God and Father, it is necessary to speak in Trinitarian terms of the Son and the Father and the Spirit. In that case the doctrine of the Trinity is no longer an exorbitant and impractical speculation about God, but is nothing other than a shorter version of the passion narrative of Christ in its significance for the eschatological freedom of faith and the life of oppressed nature. It protects faith from both monotheism and atheism because it keeps believers at the cross. The content of the doctrine of the Trinity is the real cross of Christ himself. The form of the crucified Christ is the Trinity. In that case, what is salvation? Only if all disaster, forsakenness by God, absolute death, the infinite curse of damnation, and sinking into nothingness is in God himself, is community with this God, eternal salvation, infinite joy, indestructible election, and divine life.

Moltmann also declared, a�?When God becomes man in Jesus of Nazareth, he not only enters into the finitude of man, but in his death on the Cross also enters into the situation of man’s god-forsakenness. In Jesus he does not die the natural death of a finite being, but the violent death of the criminal on the Cross, the death of complete abandonment by God. The suffering in the passion of Jesus is abandonment, rejection by God, his Father. God does not become a religion, so that man participates in him by corresponding religious thoughts and feelings. God does not become a law, so that man participates in him through obedience to a law. God does not become an ideal, so that man achieves community with him through constant striving. He humbles himself and takes upon himself the eternal death of the godless and the godforsaken, so that all the godless and the godforsaken can experience communion with him.a�?

These classical soteriologic reflections have been religiously mocked by some Imo politicians and religious leaders, and that reminds one of the materialistic purviews of religion by another German genius, Karl Marx, who said that religion… ist das Opium des Volkes (the opium of the people). For Karl Marx, a�?Religion is the sigh of the oppressed creature, the heart of a heartless world, and the soul of soulless conditions. It is the opium of the people.a�?

Now we have entered the last days of the Lenten period, it calls for sober reflections for all Christians, Imolites, and most especially the political class. Election time is at hand, and most depraved Christian politicians do all sorts of atrocities to get power, money, influence and success in their electioneering and political gimmicks, their Christian life and Lenten time notwithstanding. News and rumours are replete of ritual killings, kidnappings, political assassinations; character assassinations, image demolitions and mudslinging; kids and children miss, corpse of ladies and virgins are allegedly found in dust bins and bushes at countryside with the vital and sexual organs missing, while many hefty men and ladies that were running mad months ago, have suddenly regained sanity and become godfathers, comprador bourgeoisies and political sponsors of candidates, as they return to their homes as people who have made it in their a�?business.a�� All are Christians commemorating the Death of Christ.

Also for sometimes now in Imo State, politics and Christianity or Christian leadership and politicians have run across each other in antagonising manners, especially the Roman Catholic denomination. There are renewed marauding verbal assaults and commentaries in the media that in essence are condemnable if such events occurred, because Priests are alta Christi. Perhaps, such occurred or did not, but the way enemies of the Imo State Government, especially critics of Governor Okorocha and his kitchen cabinet, vibrate and re-echo the alleged assaults, does not make for peace, correction and pardon, if need be.

These notwithstanding, the trio- The politicians, the media cum critics of Governor Okorocha and his Rescue Mission group, and the affected Clergies, forgot that we are all in Lent, and all occurred during Lent. The inability of the three to understand the alleged assaults as their Lenten Cross and Lenten temptation, suggests that the essence of Lent has been lost this year for the affected Christians, politicians and clergies. What transpired at this Lenten time looks extra-worldly, bereft of morality, bereaved of spirituality and alienated from Christian living. Perhaps, we need another Frederick Nietzsche to declare another Death of God for the concerned Imo Christians and for the 2018 Lent, for all is done a�?in Goda��s name.a�?

When Christians abuse themselves or accuse each other of untrue faults, it is war time and an unjust one. One tends to doubt what is the intention of what transpired between Christian leadership and politicians in the State, and why the war, especially when election triduum (Pre-electoral stage as now, electoral stage and post electoral stage) begins. At this stage since 2011 (and 2015and 2018/19), incumbents must clash with specific church leaders in the State. It was the Catholic angelic Doctor, St Thomas Aquinas that said, a�?in order for a war to be just, three things are necessary. First, the authority of the sovereign. Secondly, a just cause. Thirdly, a rightful intention,a�? and one doubts the intentions of these periodic clashing.

In reality, there are some politicians who are Christians and some Christian leaders who have become more political than politicians, oblivious of the societal obnoxious perceptions of politics. The Christian leaders are shepherds of the flock and as Bonus Pastor, it is exigent that they direct the morals and truth about societal living, because the human society is arraigned in politics, and religion is a crucial sphere of societal living. And as William Barclay said, a�?religion fails if it cannot speak to men as they are,a�? and this is the domain where most Imo politicians fall out with the clergies in the State. They hate to be corrected, told that they are not doing well or be criticised in the public. But though truth be better, it must be always said by both politicians and church leader. Our problem in the two is too deep that none knows who among the two is telling us truth and lies. The clergies seem not well informed on matters the take excursus on during homilies on the pulpit, the politicians in their gimmicks send messages to the masses on the media and microphones, presenting what never existed even in Platoa��s World of Ideas, will the masses are all ears hearing the two spheres.

In certain occasions, Imo church leaders are the deadliest partisan politicians in the State, with cassocks, roman collars and long garments. As overt or covert partisan politicians, they have soft spots for their in-groups and thus fans or sheep (and thus nepotism), while they detest with passion and pillory politicians from their declared out-group folks (and thus chauvinism and xenophobia). No wonder St Thomas Aquinas taught Christians that a�?because of diverse conditions of humans, it happens that some acts are virtuous to some people, as appropriate and suitable to them, while the same acts are immoral for others, as inappropriate to them.a�? This is unchristian and should not be practised and worse still, at Lent. What Oswald Chambers said about erring Christians seems to be true in Imo State today. He remarked that, a�?we look upon the enemy of our souls as a conquered foe, so he is, but only to God, not to us.a�?

Now we enter the apogee of the Christian faith, let bygone be bygone. Let there be pardon, contrition and penitence, and the expected change of life. Let there be no more wrongs and grievances, and let all men give honour to whom honour is due since respect is reciprocal. This reminds of St Thomas Aquinas teaching that a�?to bear with patience wrongs done to oneself is a mark of perfection, but to bear with patience wrongs done to someone else is a mark of imperfection and even of actual sin.a�? Let Imo Christians, politicians and the politicised clergies take note of the above. As JA?rgen Moltmann said, a�?God allows himself to be humiliated and crucified in the Son, in order to free the oppressors and the oppressed from oppression and to open up to them the situation of free, sympathetic humanity.a�?

Why Nigerians Are Not Connecting With Political Leaders

9 thoughts on “Holy Week, Imo Politicians and the Cross”