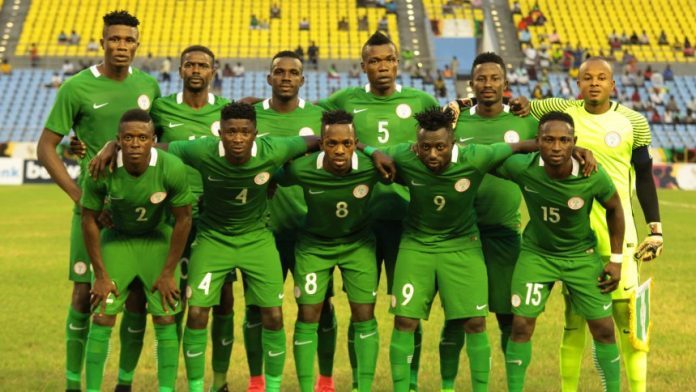 Home-Based Eagles Coach , Salisu Yusuf is confident his team will scale the last hurdle at the 2018 African Nations Championship CHAN by defeating the hosts,Morocco to win Nigeria First Ever CHAN Title.

The Super Eagles will be playing their first final in the competition after crashing out in the second round in the last edition.

The Late Stephen Keshi led Home Based Eagles came third in the 2014 Edition of the tournament.

Yusuf is optimistic his team will do the right things to see off the challenge of the host Nation.

“Playing against the host who will have their fans behind them as the 12th player. It will be a good game because we all have been great and will have 11 players on each side.

We know they have great players who are very strong in the air and we will device a way to stop them. It has been a great tournament for us we have played in all venues and tomorrow we will have Casablanca added to it.

We have injuries in the team with Ikechukwu Ezenwa and Sunday Faleye but we will see how it goes. Win or lose for us the important thing is to play in the final.

We know the Morocco team will be backed by their fans but we have shown a lot of character in the previous matches.

I believe in every member of my players here because they’ve shown that they’re all ready if given the opportunity. We want to win because we deserve to be here”

Nigeria Will battle it out today against Morocco in the Final by 8pm Nigerian Time.

Nigeria will be without Influential Captain, Ikechukwu Ezenwa and young Forward ,Sunday Faleye while Ifeanyi Ifeanyi is Suspended.