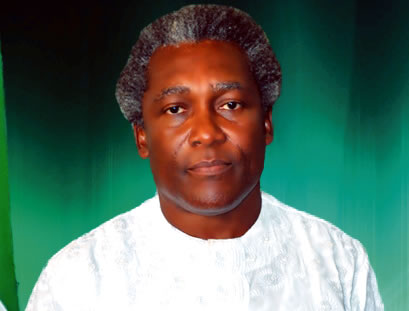 Newly appointed Deputy Chairman, House of Representatives Committee on Appropriation, Hon. Iduma Igariwey, has been sued for defamation by one of his opponents in the last general election.

The opponent, Anthony Ekoh Jnr, a pharmacist is claiming the sum of one billion naira as damages to his person and his company, Ekoh Drugs Limited .

Mr Ekoh was the All Progressive Congress, (APC) candidate for Afikpo North/South Federal Constituency in the last election.

He lost the election to Mr Igariwey, who was the candidate of the People’s Democratic Party (PDP).

In a suit filed in Abakaliki high court, Ekoh is claiming among other things that Igariwey defamed him by making repeated statements in both the print and social media that he was a fake pharmacist and secondary school dropout.

In a 54 point statement of claim, Ekoh claims he has been traumatized, made to look ordinary and has lost face in the society by the claims of Igariwey.

He averred that he went to Federal Government college , Wukari where he not only completed his secondary education in 1985, but was an established sportsman and a house prefect.

He also stated that he studied Pharmacy in the University of Nigeria, Nsukka and graduated in 2003/2004 academic year, did his mandatory internship with Federal Teaching Hospital, Abakaliki and was duly licensed by the Pharmaceutical Society of Nigeria.

Ekoh said age barred him from participating in National Youth aservice Corp scheme and noted that NYSC duly exempted him by issuing him a discharge certificate.

He also attached relevant credentials from all the schools he attended in the suit as evidence.

Ekoh noted that he has not only been practicing but has been honoured severally by both the local and national body of the Pharmaceutical Society of Nigeria and several other distinguished bodies in the country.

Mike Odo, Ekoh’s lawyer said the suit together with attached relevant documents have been served on the defendants and they are ready for the hearing.

” Elected politicians should show sportsmanship and respect to their opponents who lost the election and that it is strange that the honourable member of the House of Reps, Idu Igariwey can grant a press interview after the election and make criminal allegations against his political opponent when he has not verified his facts. We are ready to proceed with our case”, he said.