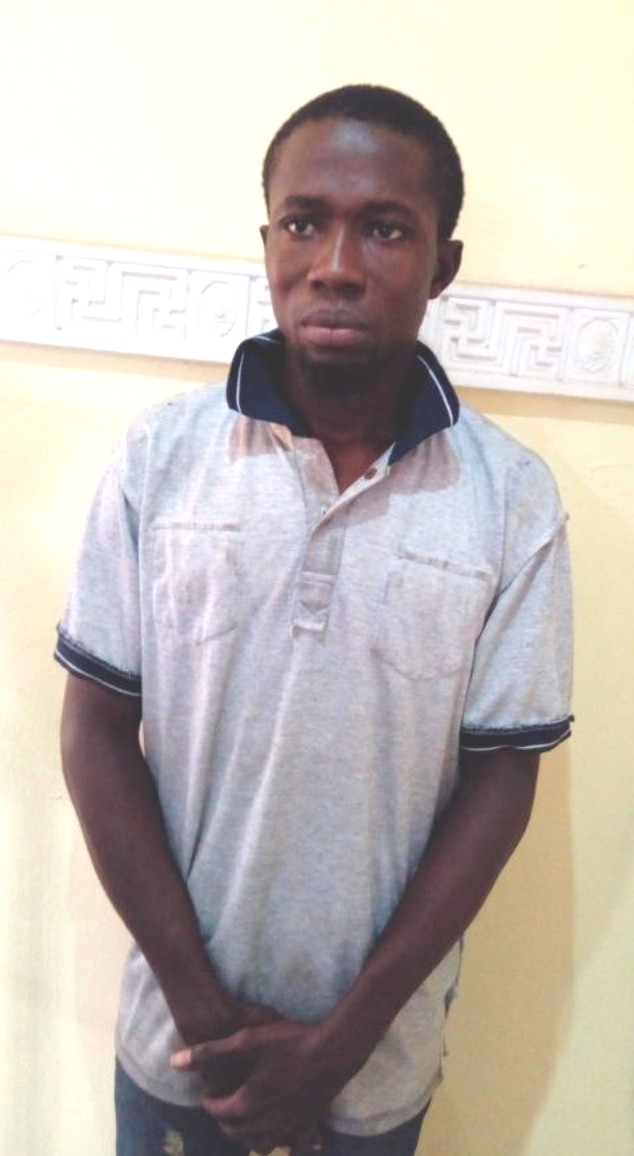 A 40-yearl-old housewife in Ota, Ogun State, Monsurat Idowu has died in a sex romps with her 28-year-old boyfriend, Kelvin Michael.

The Nigerian Voice gathered that the woman slumped during the sexual intercourse with Michael and she died on the way when her boyfriend was taking her to the hospital.

The doctor in the hospital that Michael took the woman to confirmed that she was brought to the hospital dead on arrival. The doctor reported the matter to the police at Onipanu Divisional Police Station.

The Police Public Relations Officer for Osun State Police Command, Abimbola Oyeyemi confirmed the incident and the arrest of Michael.

The PPRO said “The arrest of the suspect was as a result of complaint by one Benjamin Okereke of the State hospital Ota who reported that the suspect brought the deceased to the hospital dead, and since he cannot explain the circumstance that surrounded the death of the deceased, he decided to notify the Police.”

“Upon the report, the DPO Onipanu Division, SP Sangobiyi Johnson led his men to the hospital where the man was promptly arrested.”

“On interrogation, the suspect claimed to have met the deceased last month in a bus at Ketu Lagos where they exchanged phone numbers, consequent upon which he invited her to the house of his friend in Ota where the deceased suddenly slumped and died shortly after they finished having sexual intercourse.”

“The husband of the deceased, one Idowu Lamidi a commercial driver who was quickly contacted told the Police that he left his wife in the house hale and hearty while going out for work wondering what might have led to her untimely death.”

Meanwhile, the Commissioner of Police, CP Ahmed Iliyasu has ordered the immediate transfer of the case to Homicide Section of the State Criminal Investigation and Intelligence Department for discreet investigation.

The corpse of the woman has been deposited at a mortuary for post mortem examination.

U.S. Approves Sale Of 12 A-29 Super Tucano Aircraft To Nigeria Despite Concerns

8 thoughts on “Housewife dies in sex romps with boyfriend”