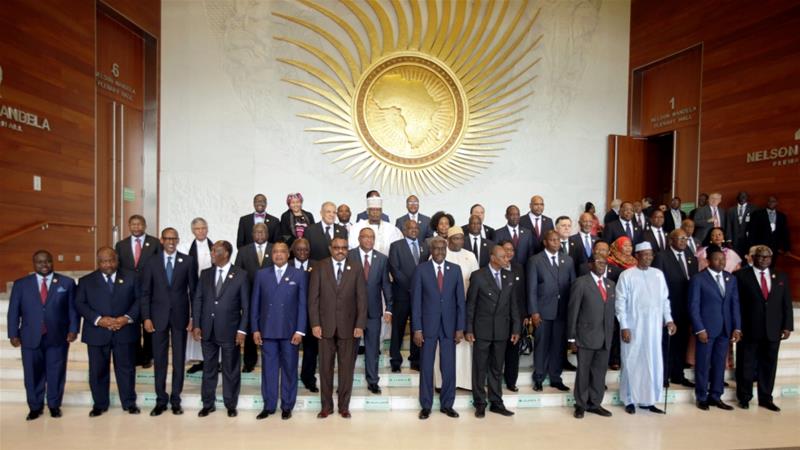 Wealthy Ancient European intellectuals of Arts and Sciences in Greece and later in Rome, craved knowledge and civilization from African masters. Just as investors in search of fortune sponsored explorers into Africa. They went back home to educate their people in light of what they had learned in Africa. In view of the stories they heard from travelers, African civilization was beyond their imagination.

In fairness to these early students of African masters, such as Thales of Miletus, Socrates, Isocrates, Pythagoras, Hippocrates, Diodorus, they gave credits to the dark skin, straight to wooly black haired Africans of Ethiopia, Egypt, Sudan and Meroe. https://www.telegraph.co.uk/news/science/science-news/3293164/How-Imhotep-gave-us-medicine.html

They were educated in the skill of medicine, sciences, mathematics, philosophy and more. Only the privileged in their communities could be educated in Africa. There was no doubt or questions about the African civilization. Of course, some Africans had mixed complexions still reflected today throughout Africa. But to label them “white” or even “half-white” is a revision of facts and history to suit the narrow mindedness of 19th and 20th centuries Eurocentric racist-pseudo-scientists armoring African Arts and Sciences.

So, that was ancient times, what happens to Africans now? Miracles are still happening in Africa that Africans do not appreciate, encourage, nurture or even reject. If you reject your own inventions, exchange your best and the brightest for vanity without substance, nobody would patronize yours. The first money most Africans make, is squandered out of their communities’ circulation, out of Africa. No wonder, descendants of Queen of Sheba and Mansa Kankan Musa, the 1st and 2nd world’s richest drunken sailors!

Long before there was any European civilization, many had to come to Africa for study with the wise men of ancient Egypt, who were black, to train in medicine, mathematics, geometry, art, and so forth. When Isocrates wrote of his studies in the book Busirus, he said that “I studied philosophy and medicine in Egypt.” He did not study these subjects in Greece in Europe, but in Egypt in Africa. So, what are today Euro-centric(s) saying?

The Greeks had no problem in stating their knowledge originated from an African origin; nowhere do they make references to “white deities” or “white leaders” amongst the black culture that gave them philosophy. ttps://www.eyeofthepsychic.com/egyptgreece/

The primary aim of modern Eurocentric scholars is to completely expunge black Africans from the “map of human geography” and world history to kill the confidence of African children and assume superiority comples. The ideological position has been, and still is, that nothing came out of Africa but powerless, defenseless, uncivilized, barbaric and primitive peoples and ideas. https://www.questia.com/magazine/1G1-187012521/greek-philosophers-who-came-to-africa-to-study

Once a people are stripped of their culture, language and pride; substituted with foreign culture, language and pride; they are slaves of the mind from one generation to the next. They arbor self-hatred for their own discoveries. It perpetuates and propagates itself as a virus until it consumes their being. The children of the subjugated also pass it on to their own kids and it goes on for generations. The conquerors need not work on the acculturalization anymore, maintenance is enough since it is already endemic.

Barbarians: In order to understand how Barbarians changed from Greece to Rome and used to describe Northern Europeans outside of Greece and later outside Rome, we must understand that as soon as other Europeans aligned themselves with Greece and later with Rome, to fight and conquer their neighbors, they call the others Barbarians. This same word is now commonly used for those not aligned to western “civilization”!

There were two kinds of writing which the Egyptians had, one was known as “popular” (demotic) learned by everyone, while the other called “sacred” was understood only by the priests of the Egyptians, who learned it from their fathers as one of the things which were not divulged, but only used as letters among the Ethiopians. http://penelope.uchicago.edu/Thayer/E/Roman/Texts/Diodorus_Siculus/3A*.html

Writing has been so conflated intentionally, new students would think it originated in Europe. Those that were taught how to read and write are claiming to be the inventors! See Meroitic Period (3rd century BC) of the Kingdom of Kush . The two scripts were Meroitic Cursive derived of Demotic Egyptian and Meroitic Hieroglyphics derived from Egyptian hieroglyphs . Meroitic Cursive is the most widely attested script, comprising most of all the inscriptions. Antedated by a century or more, the earliest, surviving Meroitic hieroglyphic inscription. See Greek historian Diodorus Siculus (ca. 50 BC) described the two scripts in his Bibliotheca historica , Book III (Africa), Chapter 4.

Destruction of Writings, library and edifices of Egypt were preserved by some rulers and destroyed by others including Christians and Muslim conquerors just like the Taliban in in Afghanistan and Isis in Iraq. When Caliph Umar ordered his Muslim General Amr ibn al-As and his army of some 4,000 Arabs invaded Egypt (December 639 AD), he ordered “If it’s not in the Koran, it’s not worthy; if it is in the Koran, it is superfluous; burn it.”

Moroccan Army, after exhausting their riches and soldiers up North became hungrier for the riches in the South. Their Army destroyed Songhai Empire but could not get to their real source of wealth in the rainforest where the gold was mined and kept away. Belatedly, they realized that venturing into the rainforest posed deadly risk for their soldiers and horses. They left with what they could raid from Songhai but almost empty handed since they could not capture the goldmines.

Africans in the rural areas are still lucky as long as they continue to retain their culture, language and pride. But as they move into the urban “civilized” areas struggling to replicate European and American cities and cultures in Africa, they loom into the danger of globalization. Well, there is nothing wrong with exposure to other world, the problem is who define and lead what Africa embraced and glamorized to them, instead of pride in themselves. Modernization and Invention is not new to Africa, but adaptation of vanity without substance is new.

Path II: To Be Continued