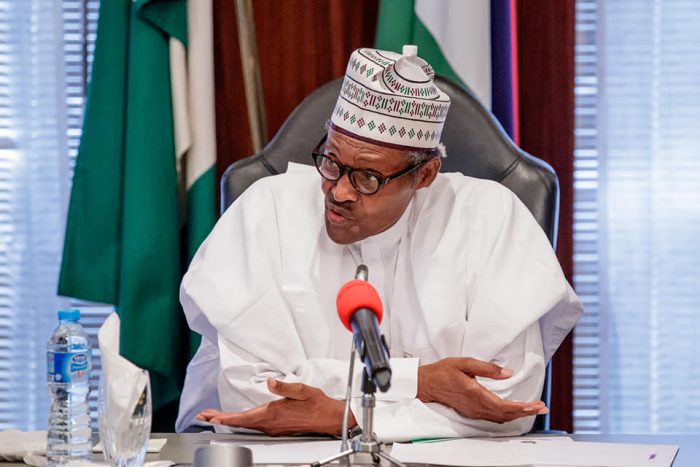 Mr. Omokri stated that the President and his campaign organization used the logo from a thesis authored by Kelly Costner, an  Associate Professor  of Winthrop University in South Carolina, USA.

The former aide said this is not new, claiming that Nigerians already associate the President with plagiarism after he  allegedly copied a speech by “the legendary French leader,  Charles de  Gaulle (‘I belong to everybody and I belong to nobody’).”

In a statement on Tuesday, Omokri said: “My attention has been drawn to the fact that the Muhammadu Buhari Campaign Organization has been established to have plagiarized their campaign agenda and logo titled Next Level, from a thesis authored by on Kelly Costner, an Associate Professor of Winthrop University in South Carolina, USA.

“Even though Nigerians already associate the Buhari administration with plagiarism and lack of originality ever since they plagiarized a speech by the legendary French leader, Charles de Gaulle (‘I belong to everybody and I belong to nobody’), it still comes as a shock to us that the All Progressives Congress would be so brazen as to steal the intellectual property of an institution and pass it off as its own.

“This act clearly shows that the entire Next Level document is built on a lie and Nigerians are warned that the Buhari government has no Next Level plans. Rather, they only have copy and paste plans! This administration had three and a half years to prepare for their second term campaigns.

“It is sad that after almost three years of taking Nigeria in the wrong direction, the Muhammadu Buhari led government has no future plans and hurriedly packaged lies and deceit as its plans.

“This latest dishonest behaviour is the most recent episode of a  pattern  of dishonest behaviour that included arranging a fake Martin Luther King Jr.  award  to be bestowed on President Buhari at the Presidential Villa,  announcing  a fake Air Nigeria and plagiarizing the logo, and most embarrassing of all, lifting the ‘Change Begins With Me’ speech almost word for word from a speech by former US President,  Barack  Obama.

“Nigerians are invited to contrast the stolen ‘plans’ of the Buhari Campaign with the Atiku Plan which is original, workable and will Get Nigeria Working Again.

“Former Vice President Atiku Abubakar’s plans are the brainchild of a man who has succeeded in his private business. A man who has a plan to restructure Nigeria.

“I, Reno Omokri, therefore call on Nigerians to follow the man with the plan and not the man with plagiarism.”