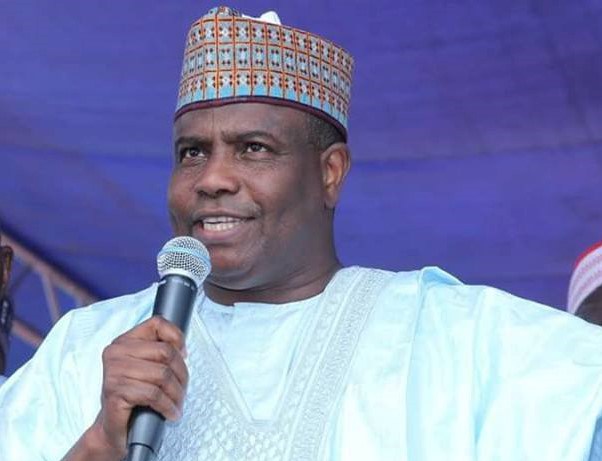 The Sokoto State Governor, Aminu Tambuwal has disclosed how he rejected a bribe from the All Progressives Congress, APC, in a bid to stop him from defecting to the Peoples Democratic Party, PDP.

Tambuwal disclosed that the APC-led Federal Government “hurriedly packaged” a road construction project in his village as a way of preventing him from dumping the ruling party.

He made the disclosure at a rally in Silame area of the state while flagging-off PDP campaigns.

The former PDP Presidential aspirant insisted that the hunger in the country was due to the incompetence of President Buhari led administration.

He assured that PDP would win every available position in the state to punish the APC for its hatred for the people.

According to Tambuwal: “When they realised I was about to leave the APC, they hurriedly packaged a road contract in my village to plead with me not to leave. We cannot continue to tolerate a government that has abandoned its people.

”The APC hates to invest in our people. Sokoto state will punish the APC at the elections. We will mobilise our people to come out enmasse to vote for PDP. We don’t make empty boasts like our opponents.

“Sokoto is a PDP state, there is no doubt about that. No matter what some propagandists may say, this state will be delivered to PDP 100 percent. How can anyone claim that 50,000 of our solid and faithful members defected to APC in the small courtyard of Senator Wamakko.

”We cannot be detained by the past, especially by those who plundered the state resources and wanted us to keep quiet. By the special grace of Allah, there will be no retreat, no surrender. We will not surrender our state to people who do not mean well for our people.

”Why Yari should take his empty seat home Noting what he described as his refusal to plunder the economy of the state as reportedly done by his predecessor. Our opponents are angry because we have refused to open the treasury to service so-called godfathers and their thugs.

”Our mandate is with the electorates and we will do everything humanly possible to deliver on our campaign promises without equivocation.

”We are doing everything within our powers to ensure that we forestall the incursion of any armed banditry that has continued to ravage our sister Zamfara state. Our hearts and support are for our neighbours always.”

9 thoughts on “How I Was Bribed To Remain In APC – Gov. Aminu Tambuwal”