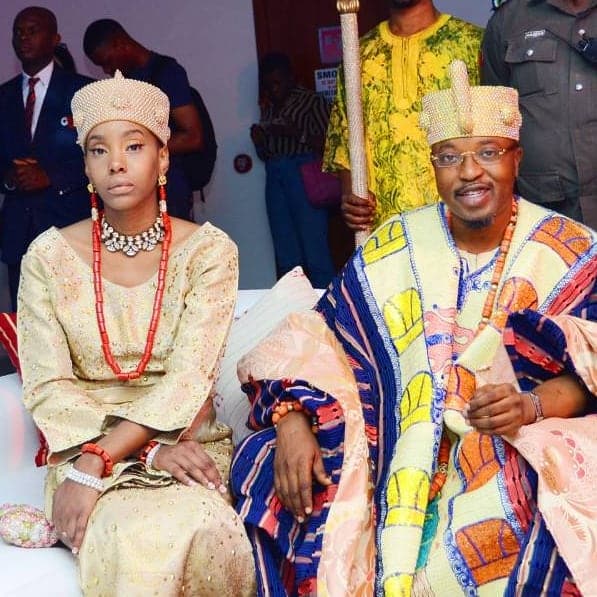 The Oluwo of Iwo, Abdulrasheed Adewale Akanbi has come out to accuse his ex-wife Chanel Chin of an attempt to harm him.

According to the Royal father, the former queen tried to poison him with a substance given to her by Chief Abiodun Ogundokun.

The monarch, in 2019, released a statement announcing the end of his marriage to Chanel Chin.

Oba Akanbi made the allegation against Ogundokun during a peace meeting by Governor of Osun State, Gboyega Oyetola.

Ogundokun, according to reports, denied the allegation, causing a heated confrontation to ensue between the duo at the peace meeting.

Jets carry out strikes from Syria base hit by US