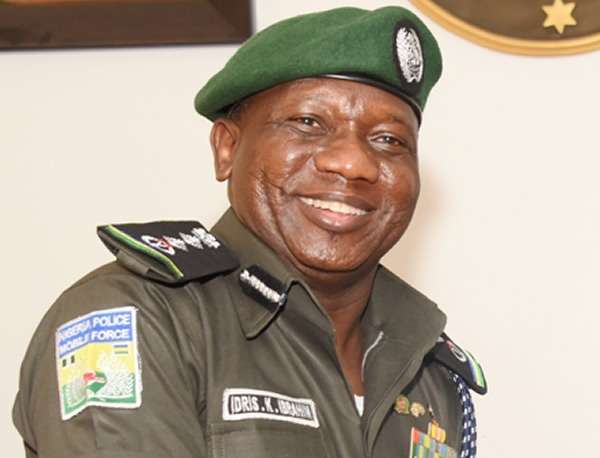 (Chima Ubani Centre, Onitsha Nigeria: 11thJanuary 2019)-Int’l Society for Civil Liberties & the Rule of Law is back to the trenches! In the immortal words of Less Brown, “sometimes it is better to remain silent for the purpose of strategic observation and critical and informed analysis of topical social happenings; at other times, it is better to speak out and clear a doubt or controversy than to remain silent and thought to be a fool, won or defeated”.

Intersociety has spent past two weeks of the Xmas and New Year holiday; following, observing, assessing and analyzing topical events across the country. The two weeks break also involved consultations with and paying of homage to positive forces in the cosmic and physical worlds for their continuing guidance and blessings in furtherance of our resolve to selflessly and pricelessly contribute positively, formidably and meaningfully for betterment of the Nigerian society and beyond.

Tampering of Ibrahim Idris’ Retirement Age
During the two weeks break, too, Intersociety received barrage of calls from well meaning and concerned Nigerians within and beyond concerning topical issues that cropped up; seeking to know our informed or analytical position over same. Topical among them is the controversy over the actual retirement date or age of the out-gone Inspector Gen of Police, Ibrahim Kpotum Idris.

It is recalled that Intersociety had on 13th December 2018 issued a public statement exclusively reminding all Nigerians and members of the int’l community that then outgoing IGP was billed to retire statutorily on 3rd Jan 2019 following his attainment of 35yrs of service in accordance with relevant provisions of the laws and other regulations in Nigeria including “the Senior Staff List for Police CSP-IGP” and the Public/Civil Service Rules of the Federation.

While the “Senior Staff List” is updated monthly by the Force Headquarters and office of the Police Service Commission and sent to CPs, AIGs, DIGs and IGP; the officers’ dates of birth, enlistment and retirement as well as their names (surname and other names), States and Local Governments of origin and NPF appointment numbers remain intact or unchanged. Areas that attract changes include dates of officers’ last promotion and new postings (current posting and date of posting) and additional academic qualifications (educational qualification and discipline).

As we clearly and correctly stated in the referenced statement, the out-gone IGP was originally born on 3rd Jan 1959 in Lavun Local Government Area of Niger State, North-central Nigeria and enlisted into the Nigeria Police Force on 31stDecember 1984. He was promoted to CP in 2011 and made AIG in later part of 2015 after the 2015 general polls. He later became AIG in charge of Federal Operations from where he was appointed IGP on 21st June 2016. By virtue of his age or date of birth, he had already retired on 3rdJan 2019 having attained 35yrs in service as “sworn and serving officer of the Nigeria Police Force”.

By the rules guiding public servants in Nigeria, retirement comes in one of the following two ways: attainment of 35yrs in service or 60yrs of age; whichever that comes first or if both come simultaneously. Therefore, our position on this remains irrevocable with more details to be given in coming days. It must also be stated clearly and boldly that Intersociety as a thorough-bred independent, research and investigative rights campaigner, has never been credibly faulted in all our advocacy positions taken since we came on stream in 2008.

As stated in the referenced statement, we are not unaware of sponsored campaigns for the illegal and unconstitutional extension of the tenure of the already retired IGP. Jaundiced and procured opinions including newspaper columns and editorials have already been let loose. Some have even gone to the extent of citing past dictatorial precedents of unconstitutional extension of tenure of certain former IGPs as justification to turn our laws upside down.

Same bad precedents were cited and relied upon to appoint retired military and SSS personnel to head the Customs and SSS Services. Under the present central Government of Nigeria, the Chairman of EFCC has remained in “acting capacity” for over three years without senatorial confirmation or his replacement if legislatively rejected; meaning that tomorrow such dangerous and bad precedent will be relied upon as “appointment criterion in Nigeria”. The Buhari/Osinbajo Government must be reminded that auxiliary or discretional legal provision can never take precedent or override its mother or substantive provision. Out-gone IGP, therefore, must be duly retired both as a matter of law and administrative policy.

During the two weeks break, Intersociety read, followed and analyzed statements and body languages of selected Southeast political actors including Southeast Govs, principal federal legislators from the Region and Govs William Obiano and Dave Umahi of Anambra and Ebonyi States as well as other proponents of “Buharism” from the Region on “how Buhari loved the Igbo Nation with trailer-load of achievements and executed federal projects in the Region; among them “Second Niger Bridge and completion of Zik’s Mausoleum”.

It must be placed on irrefutable record that the Second Niger Bridge project is still less than 30% completed, having been started by the past federal administration but abruptly suspended by the present Administration and belatedly restarted with presently less than 30% completed. Intersociety’s secretariat is located less than two kilometers away from the construction site of the bridge; making us to be in know of the pace and stage of work on the site. In the area of Zik’s Mausoleum, it is minutely insignificant and represents no single relevance to the collective interest and welfare of the People of the Igbo Nation particularly in the present circumstances.

Apart from the fact that such claims are grossly mired in bogusness, falsehood, propaganda, parochialism, mercantilism and chronic selfishness; they are also in gross contradiction with facts on the ground as empirically or factually contained in the referenced special report (socio-political consequences of the military massacre operations in Eastern Nigeria).

For instance, it is factually found by the special report that: (1) Southeast Region of Nigeria has perpetually remained under Buhari’s army of occupation or military siege since August 2015, (2) over 95% of commanding officers of the military formations in Southeast Region and Delta State are Northern Muslim officers and other non-Igbo officers; likewise top Police and SSS commanders including Commissioners of Police for Anambra, Imo, Ebonyi, Enugu and Delta States and Directors of SSS for Anambra, Enugu, Imo, Ebonyi and Abia States as well as the AIG in charge of Zone 9, Umuahia.

(3) Southeast Region and Delta State lost not less than N336b in the past 40 months (August 2015 to December 2018) owing to police and military insecurity and corruption and general disruption of the economic activities of the Region on account of the military massacre operations and their aftermath, (4) Out of the whopping N336b lost, N100b was lost to police, military and paramilitary extortions in 40 months (August 2015-December 2018)

(5) Total of over 480 defenseless citizens were shot and killed under non war situations and outside the law by military and police personnel between 30th August 2015 and 14th September 2017 on orders of the Buhari/Osinbajo’s Presidency, (6) Over 500 defenseless citizens were also shot at close range and critically injured during the military massacre operations in the Igbo heartland (Southeast and Igbo South-south) with scores crippled for life, (7) Other atrocities of national, regional and international law breaches were also perpetrated in the Region during the military massacre operations; with no single perpetrator arrested, tried and sentenced till date.

(8) Southeast Region is a major, if not perpetual victim of the Buhari/Osinbajo Administration’s victimization, persecution and structural violence policies; including being the only Region without a security service chief, with least number in the command structures of the Nigeria Police Force and the Military and least recipient of strategic federal appointments and federally allocated or executed projects, etc, (9) Southeast Region is the most potentially endangered Region in Nigeria owing to infiltration of strategic parts of the Region including communal forests and boundary and other strategic outlets by government backed jihadist elements using military operations and networks as a cover. In coming days, Intersociety shall speak more on these using the special report as a case study.

Visionless Presidential Campaign & Failure to take Governance back to the People

The two weeks break further offered Intersociety through its Democracy and Good Governance Program an opportunity to critically assess the campaigns run so far by those seeking to be elected in the February/March 2019 general polls in Nigeria particularly in the presidential poll. The presidential campaigns run so far are utterly disappointing, lacking an inkling of vision and mission. The campaigns are also elitist and mechanical; lacking fundamental ingredients of “peopling governance or democracy”.

The campaigns are generally and fundamentally non issues based, anti growth, anti development, unpopular, anti people, unprepared, loquacious, parochial; chronically selfish or mercantilist and ethno-religiously divisive. In other words, APC with trailer-load of failure in the past 31 months or since June 2015 has no single remedial blue print; likewise the PDP with no credible and empirical study and identification of APC’s sectoral and sub-sectoral failures; and blue prints or policy directions on how to rescue the country from such chronic shackles and manacles.Intersociety shall speak more on these in coming days.

21 thoughts on “How The Retirement Age Of IGP Ibrahim K. Idris Was Tampered: Details, Others Coming Soon”