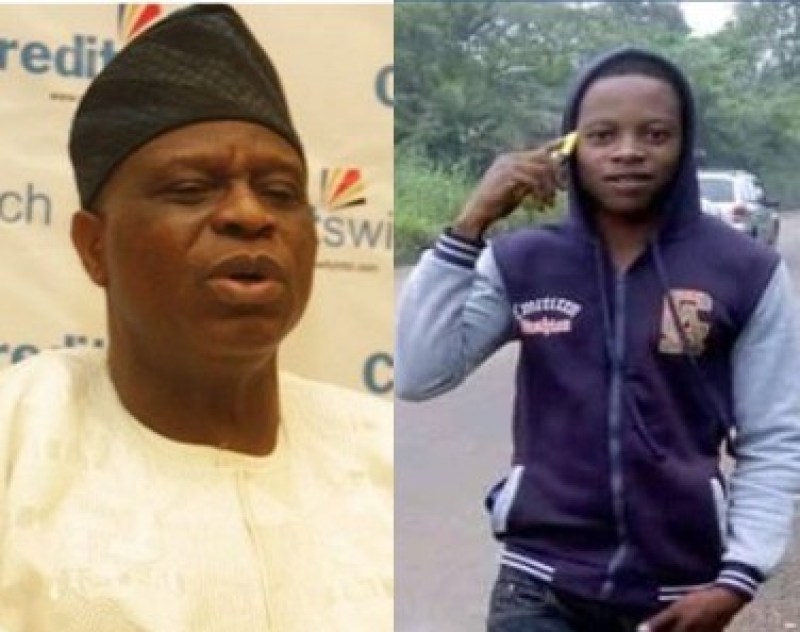 The police in Lagos on Thursday gave an insight into how Credit Switch Chairman, Chief Ope Bademosi, was allegedly stabbed to death by his Togolese cook at his Park View residence in Ikoyi, Lagos on Thursday.

The cook, who was only identified by his first name, Sunday, had been declared wanted by the police.

He allegedly murdered his boss on Oct. 31, three days after he was brought from Ondo.

The deceased’s wife had gone to the bank when the cook carried out the act and only came back to find her husband in a pool of his blood.

According to a police source, the suspect had turned up the sound system to the loudest volume while he stabbed his victim on his chest multiple times.

“After committing the act, the suspect went to the toilet and pulled off his white cook uniform as it had been stained with blood.

“He also left the knife he used inside the toilet,” the police source said.

The source noted that the knife used in perpetrating the act signified that the suspect could be an ex-military man.

“Again, we went through his things and found some old pictures of him putting on a camouflage belonging to Republic of Benin military,” he added.

The suspect, after committing the act then ransacked the apartment and stole huge amount of money, valuables such as jewelry and a mobile phone.

The police, in a notice issued to declare the cook wanted, said actions have been taken to apprehend him.

The notice read: “At exactly 8:45am this morning, information got to the police via a phone call that a murder had occurred in an estate.

“Immediately, actions were taken to apprehend the suspected killer of Chief Ope Bademosi who was stabbed straight on the heart by the Togolese cook he brought in from Ondo State three days ago.

“The culprit is currently at large, anybody with any useful information should contact the nearest police station,” the police said.

Until his death, Chief Bademosi said to be in his seventies, was the CEO of Credit Switch Limited, Chairman of Ondo Development Committee (ODC) and the Lotin of Ondo Kingdom.

Nupeng Sympathizes With Families Of Victims Of Tanker Explosion, Commends Frsc, Police, Others