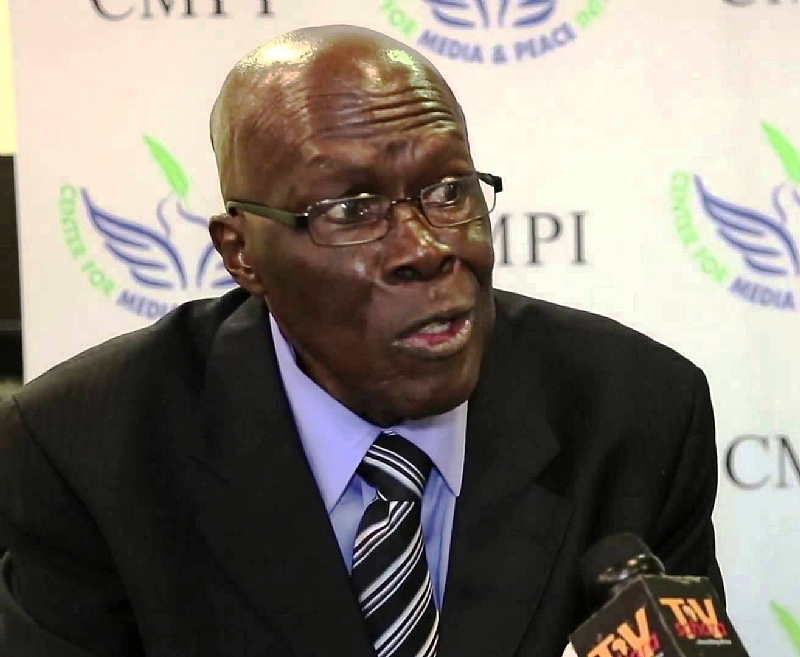 The Chairman of the defunct National Electoral Commission (NEC), Prof. Humphrey Nwosu, has announced that he will not be able to attend the Tuesday post-humous investiture of the winner of the annulled June 12, 1993 presidential election, Chief Moshood Abiola as the Grand Commander of the Federal Republic.

The Federal Government had invited Nwosu and key stakeholders in the struggle for the revalidation of the election to the event during which the late human rights activist, Chief Gani Fawehinmi, will also be honoured post-humously with the Grand Commander of the Order of Niger, alongside Abiola’s running mate, Babagana Kingibe.

But Nwosu regretted that he could not be able to attend the event because he is currently outside the country.

He, however, commended President Muhammadu Buhari for recognising June 12 as the country’s Democracy Day and also for honouring Abiola.

He said the honour would rekindle the national consciousness of all Nigerians for a better nation.

Nwosu’s position was contained in a letter addressed to the Secretary to the Government of the Federation, Boss Mustapha.

Copies of the letter, dated June 10, 2018 were made available to journalists in Abuja on Monday by the SGF’s spokesman, Lawrence Ojabo.

Nwosu said that June 12, 1993 marked a turning point in Nigeria’s tortuous journey towards a democratic polity.

The letter read, “I thank His Excellency, the President of the Federal Republic of Nigeria, Muhammadu Buhari and the Federal Government of Nigeria for recognising June 12 as Democracy Day and also (for) honouring the winner of June 12, 1993 presidential election, Chief M.K.O. Abiola.

“It is an honour to the very hard-working men and women of the defunct National Electoral Commission under my leadership at this long-awaited recognition. I humbly commend this action by the President.

“Undoubtedly, the democratic system of governance is the best, especially for the multi-ethnic nation like ours. I thank you for building on the foundation which my team and I laboured strenuously to establish and actualise on June 12, 1993.

“It is our hope that expanding the frontiers of democracy, of which all the people of Nigeria, regardless of ethnic group, will provide economic, social and developmental benefits that will certainly make Nigeria a great nation not only in Africa but across the world.

“Certainly, the scheduled event on Tuesday, June 12, 2018 will rekindle the national consciousness of all Nigerians for a better nation.

“Unfortunately, due to circumstances beyond my control, I will not be present at the investiture ceremony as I am outside the country. May God bless the Federal Republic of Nigeria!”

Understanding The Economics Of Tourism In Nigeria