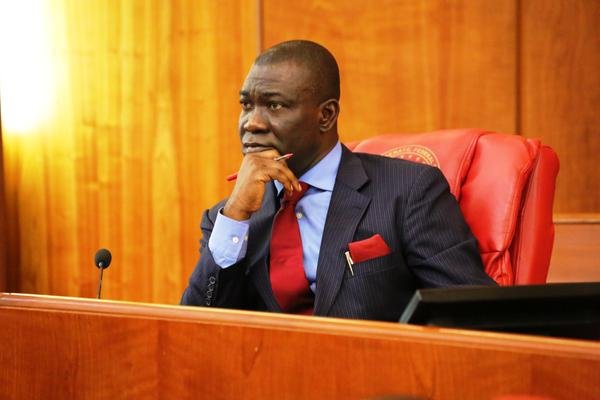 A prominent civil Rights organization- HUMAN RIGHTS WRITERS ASSOCIATION OF NIGERIA (HURIWA) has called on all Nigerians of goodwill, World leaders, the United Nations Organisation, African Union and the Economic Community of West African States to prevail on President Muhammadu Buhari to rein in reactionary elements embeded within the security forces with fanatical bent towards establishing a one party state to desist from attacking notable and perceived political opposition leaders.

HURIWA has also cautioned against impunity and lawlessness on the part of key cabinet members of the Federal Government who have heavily politicised the activities of the Economic and Financial Crimes Commission (EFCC), Department of State Services (DSS) and the military even as the Rights group warned that political biasness and partisanship that have started polluting the hierarchies of these key security agencies may destroy constitutional democracy unless immediate measures are adopted to ensure that the due process of the law and the constitutional tenets become the hallmark of government activities.

Conversely, the Human Rights Writers Association of Nigeria (HURIWA) has alleged plots by agencies of the Federal Government to raid the residence of the Deputy President of the Senate, Senator Ike Ekweremadu, during or after the pubic holidays.

HURIWA said it had it on good authority that the Federal Government, on Thursday, sought a warrant to search the Senatora��s home during the holiday, but no judge would append a signature to it since there was no affidavit to support the request.

It alleged that whereas the sacked former Chief Judge of Enugu State, Justice Innocent Umezulike, who was supposed to be on overseas medical treatment for which his International Passport confiscated in the course of his ongoing corruption trials was released to him, information from sources around the former CJ revealed that he was allegedly holed up in Abuja allegedly boasting that Ekweremadua��s home would be raided soon.

a�?Ordinarily, there would have been no cause for concern when government does its work dispassionately, professionally, not a politically-induced manhunt.

a�?We recall that the Nigeria Police Force raided and ransacked Senator Ekweremadua��s official guest house in Abuja in Gestapo manner on May 27, 2017. Instructively, it came three weeks after he raised an alarm in Senate plenary over a planned raid of a building associated with him allegedly to plant and a�?discovera�� foreign currencies of various denominations to incriminate and prosecute him.

a�?It is also noteworthy that the raid of his official guest house took place in the absence of any of his aides, but nothing was found and thank God for timely media report. Although the police initially denied the raid, it later admitted it, but blamed it on supposed false whistleblower whom they arraigned in a face-saving triala�?.

It said the current information deserved the attention of every lover of Nigeriaa��s democracy, especially in view of the recent harassment of the Senator by the Federal Government Special Presidential Investigation Panel on the Recovery of Public Property.

a�?We also have it that agencies of the Federal Government have also been harassing the Senatora��s bankers and account officers during the passing week, while the EFCC has written the Clerk to the National Assembly demanding Ekweremadua��s earnings from 2003 that he joined the Senate till date, all in the continued frantic hunt for incriminating evidences to nail hima�? is stated.

a�?Whereas HURIWA has no problems with government carrying out the responsibilities for which it exists in the first place, we frown at manifest political witch-hunt, misuse of government agencies, intimidation, and smear campaign, which should have no place in a democratic society.

a�?We are particularly worried over a possible repeat of the manner of raid on the Senatora��s house last year as it left several legal and commonsensical loopholes that could be capitalized to frame up anybody.

a�?Democracy thrives on a viable opposition and voices of dissent, hence we, once again, warn against bourgeoning political intolerance, abuse of power, and intimidation of the opposition, especially with 2019 general elections by the cornera�?, HURIWA added.