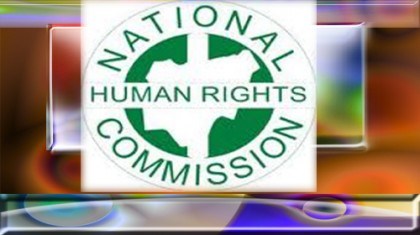 A leading Civil rights group a�� HUMAN RIGHTS WRITERS ASSOCIATION OF NIGERIA (HURIWA) has asked the Senate of the Federal Republic of Nigeria not to allow the frosty relationship with President Muhammadu Buhari to undermine the qualitative administration of the National human Rights Commission.

In a media statement by the National Coordinator, Comrade Emmanuel Onwubiko and the National Media Affairs Director Miss Zainab Yusuf, the Rights group appealed to the Senate under the leadership of Senate President Dr. Bukola Saraki to confirm the nomination of the executive secretary of the National Human Rights Commission, Mr. Anthony Ojukwu to stop the escalation of human rights violations all over Nigeria.

Similarly, the group urged the President Muhammadu Buhari to quickly submit for confirmation the list of nominees of credible human rights practitioners to constitute the governing council of the National Human Rights Commission without further delay. The group warned against appointing career politicians and contractors to the Rights Commission unless the current administration seeks to totally destroy the national strategic institution that has been built over the years to professionally pursue the elevation of respect to the human rights of citizens especially the over 100 million absolutely impoverished Nigerians.

HURIWA expressed sadness that over a year after the tenure of the last governing board of the Rights commission expired; the institution has been administered on an ad-hoc basis by an acting executive secretary without a governing board.

The Rights group however applauded President Muhammadu Buhari for making a sound and qualitative choice in the person of Anthony Ojukwu, the Imo state born lawyer to head the Rights commission as substantive executive secretary and Chief Executive Officer.

The Rights group stated that the gradual undermining of the independence and integrity of the National human rights institution could damage her global rating and further limits the avenues for distressed Nigerians to obtain redress just as it blamed the non-appoinment of a professionally oriented governing board in compliance with the enabling law and the absence of a substantive Executive Secretary.

a�?The President must make hay whilst the sun shines by nominating independent -minded, credible human rights practitioners and civil society stakeholders to constitute the governing council of the National Human Rights Commission in order to arrest the rapid decline in the respect of the constitutionally guaranted fundamental rights of citizens as enshrined in the chapter four of the 1999 constitution (as amended)a�?.

HURIWA has therefore pleaded with the Senate to exempt the National Human Rights Commissiona��s presidential nominees from the blanket ban not to confirm them on the ground that President Buhari must adhere to the binding recommendation to drop the acting chairman of the Economic and Financial Crimes Commission (EFCC) Alhaji Ibrahim Magu who failed twice to be confirmed by the upper legislative chamber.

a�?Millions of Nigerians have most of their basic rights denied on regular basis. The police are constantly violating the constitutional freedoms of millions of Nigerians who look on to the National human rights commission for remedy and effective redress. The respect for the most sacred of rights which is Right to Life is being endangered under this dispensation but yet the commission to wage relentless crusade for restoration of respect for human rights of citizens is gradually being weakened administratively. The new Executive Secretary should be quickly confirmed to address the emerging rots. The lack of effective and efficient leadership because of the vacancies in those leadership positions, have weakened the capacity of the Rights Commission to deliver on her mandate. Let politics not stand in the way of providing remedial for the breaches of the human rights of citizens who are the constituents of the Senatorsa�?.

a�?The Senate should immediately confirm the nominee of President Buhari as executive secretary in the person of Mr. Tony Ojukwu who is a very experienced and credible human rights lawyer. Then again, the President should send the list of governing board members made up of credible and non-partisan human rights lovers to constitute the governing board of the commissiona�?.

HURIWA recalled that President Muhammadu Buhari recently wrote to the Senate, seeking for the screening and subsequent confirmation of Anthony Okechukwu Ojukwu, as the Executive Secretary of the National Human Rights Commission, NHRC.

HURIWA recalled that The President has however appealed for expeditious consideration of the approval of the nominee.

The letter read, a�?In accordance with provisions of section of the National Human Rights Commission (Amendment) Act 2010, I have the pleasure to present Mr. Anthony Okechukwu Ojukwu for confirmation as Executive Secretary National Human Rights Commission by the Senate. a�?While looking forward for usual expeditious consideration, accept, Mr. Senate President, the assurance of the highest esteem”.

Photo Report: Kemi Adeosun At Paris Conference On Fight Against The Financing Of Terrorism In Paris